The links were overdue from yesterday due to technical errors.

Another day, another crack at Eberhart. We’ve got most of the way through “C” totally finished, pictures, formatting and all. I did some of this on my own, while Jon got on with other, more pressing, things, such as a fag break, but the majority was collaborative.

There was also a trip out in an attempt to locate some frogspawn. There is a theory that the January frogspawn, being genetically inferior, is supposed to die and, in doing so, leaves more nutrients in place for the later lot of frogspawn. This is potentially the reason that all the frogspawn that the CFZ has attempted to rescue in January always dies.

While we didn’t actually manage to find any frogspawn, we did see the most amazing rainbow that I have ever seen. It was the full rainbow, rather than just one end, and was of the brightest of colours. Living in a city, there is more pollution and buildings in the way of things like this.

There were considerably less moths about on the cat hunt. However, tonight did up the ante a little with a rat, a vole and finally another badger. Also, Jon did seem to be hallucinating frogs, as he pointed out several that nobody else saw. Perhaps last night’s amphibian antics were still playing on his mind.
Posted by Jon Downes at 12:14 PM No comments:

*  Jon Downes, the Editor of all these ventures (and several others) is an old hippy of 53 who - together with his orange cat (who is currently on sick leave in Staffordshire) and a not very small orange kitten (who isn't) puts it all together from a converted potato shed in a tumbledown cottage deep in rural Devon which he shares with various fish, and sometimes a small Indian frog. He is ably assisted by his lovely wife Corinna, his bulldog/boxer Prudence, his elderly mother-in-law, and a motley collection of social malcontents. Plus.. did we mention the orange cats?
Posted by Jon Downes at 12:05 PM No comments: 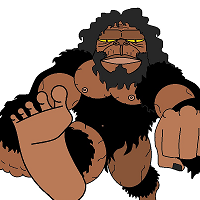 One of the key sticking points that non-believers like to bring up when criticizing Fortean Zoology is that of “Breeding Population”  This is the number of animals which can interbreed freely.  It also would, by definition, allow evolutionary change. In other words, this is the number of males and females of a species that is sufficient to reproduce at a rate that would keep the species from extinction.


Within the calculation of Breeding Population is something called Minimum viable population (MVP).   This is the lowest number of the population of a species that can survive in the wild. In biology, ecology, and conservation biology, MVP is the smallest possible size at which a biological population can exist without facing extinction from natural disasters or demographic, environmental, or genetic order or plan.  This is usually estimated as the population necessary to ensure between 90 and 95 percent probability of survival between 100 to 1,000 years.

On this day in 1961 Yuri Gagarin became the first man to fly into
outer space and orbit the Earth.
And now the news:


The USSR's achievement in getting first Sputnik then Gagarin to orbit
the earth signalled the start of the Space Race, which culminated in
the Moon landings. Which gives me opertuninty to post a link to a good
song that mentions the Moon (and it's the guitarists birthday today as
well, hows that for linking?) :
http://www.youtube.com/watch?v=aX1PwkgwsG0