Corinna had a minor operation on her eyelid today, and is recovering nicely, mostly
(we suspect) due to the healing power of dogs... 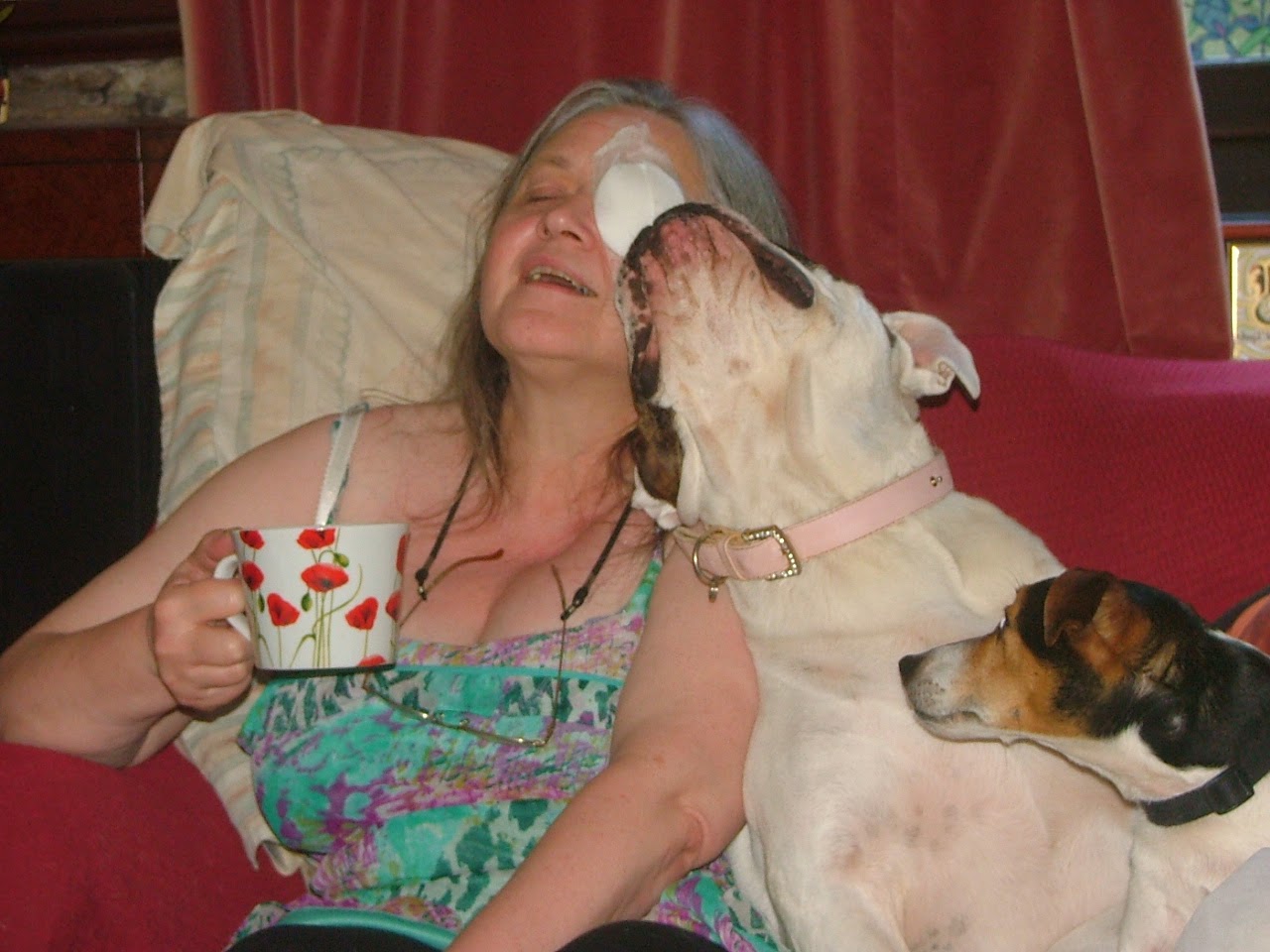 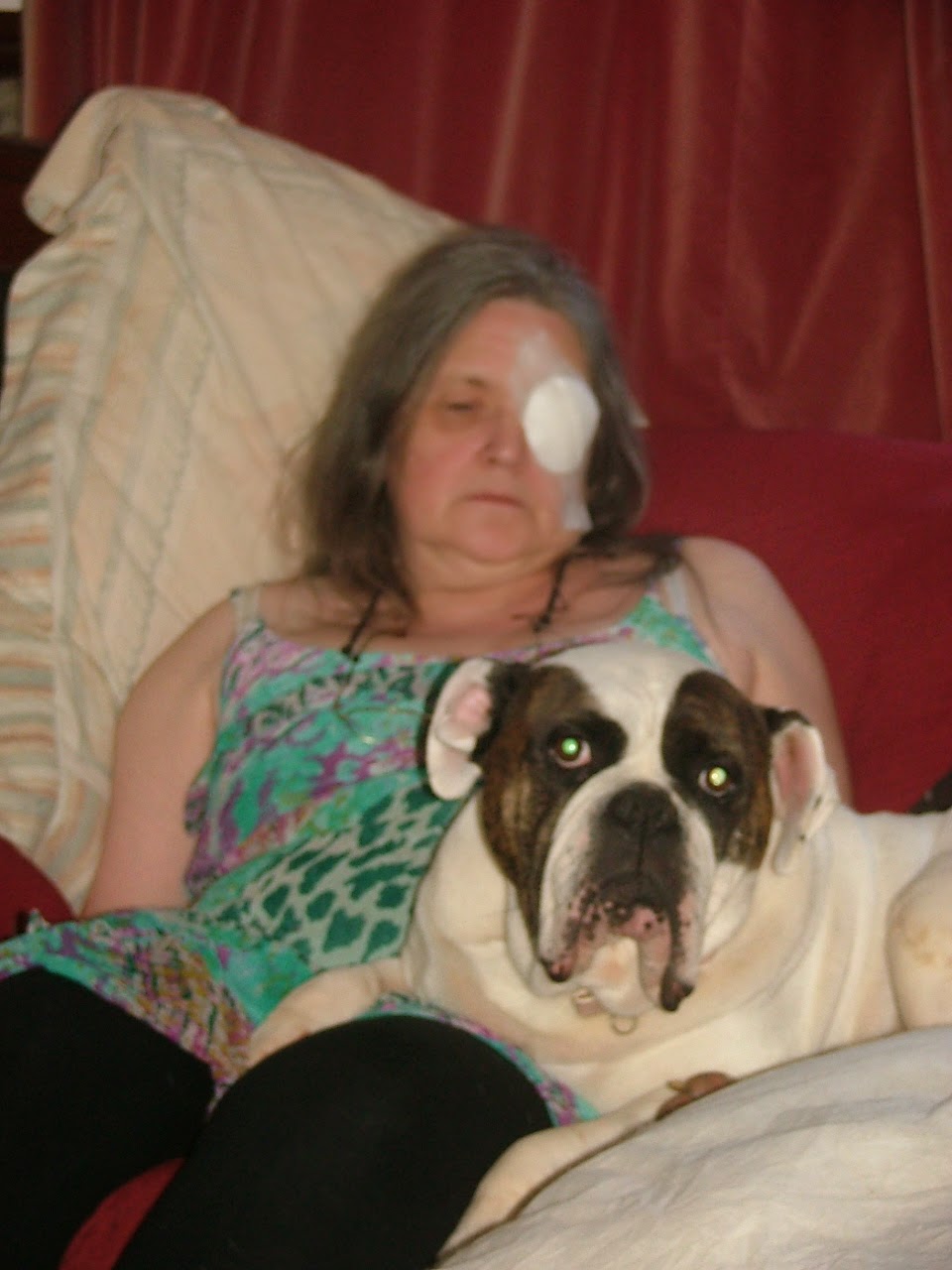 ON LAKE HOPATCONG – Before the boa constrictor slithered its way into the zeitgeist, Lake Hopatcong had another legendary inhabitant, a sea creature whose initial sighting dates back to the late 1800's.
Described as having the head of a dog and the body of a 40-foot serpent, Lake Hopatcong's legendary sea monster "Hoppie" is New Jersey's Nessie and would likely scoff at the idea of a 12-foot snake taking its place in local lore.
Hoppie – whose name is taken from "Hopatcong" - was documented in the New York World newspaper according to an article obtained from an Aug. 4, 1894 issue of the Lake Hopatcong Angler.
The article titled "Lake Hopatcong's Sea Serpent" described the creature as having the head of a St. Bernard dog and the body of a snake, and said it was spotted near the inlet to River Styx by many residents.
"Several shots have been fired at it," read the article. "One man asserts that he hit the head of the supposed serpent with a ball form his 38 calibre rifle and the bullet rolled off like water off a duck's back without even making the monster wink."
Read on...

Is This Footage of Bigfoot Raiding a Garden?

Bigfoot Research News
Is there some sort of collective consciousness between all Bigfoot? Perhaps they teach their young that avoiding man at all costs is necessary for the

Zoologist returns to Oroville for talk on Bigfoot

Enterprise-Record
OROVILLE >> A zoologist who has studied Bigfoot claims for decades will return to Oroville this week as the featured guest of the Summer Speaker
Posted by Jon Downes at 3:00 PM No comments:

*  Jon Downes, the Editor of all these ventures (and several others) is an old hippy of 54 who - together with an orange kitten named after a song by Frank Zappa puts it all together from a converted potato shed in a tumbledown cottage deep in rural Devon which he shares with various fish, and sometimes a small Indian frog. He is ably assisted by his lovely wife Corinna, his bulldog/boxer Prudence, his elderly mother-in-law, and a motley collection of social malcontents. Plus.. did we mention the orange kitten?
Posted by Jon Downes at 2:14 PM No comments:

AND TO WHISTLE WHILE YOU WORK...
(Music that may have some relevance to items also on this page, or may just reflect my mood on the day).
Posted by Jon Downes at 6:35 AM No comments: