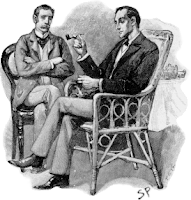 Posted by Andrew May at 2:21 PM No comments:


Karl Shuker introduces a winged snake-fish from China that is synonymous with ill fortune.

Yesterday I was tired so went to bed for a nap just after 6:00pm. I woke up at gone 11:00 this morning, so after sleeping for seventeen hours I guess that I needed it. Thirty one years ago when I harboured ambitions to be the Brian Epstein of South Devon, I picked up a hitch-hiker in the little village of Starcross. He was carrying a guitar and looked interesting. It turned out that his name was Mike Davis, and I was immediately entranced by his music. He has the Lou Reedesque wild talent to be able to turn out something unique, and often strangely beautiful, from four chords strummed basically in the background. Last weekend he gave me his latest set of demos, and once again I am entranced. I have been wanting to do something with his music any time this past thirty years, and - just possibly - now is the time I can actually do it..

*  Jon Downes, the Editor of all these ventures (and several others) is an old hippy of 54 who - together with his orange cat (who is currently on sick leave in Staffordshire) and two very small kittens (one of whom is also orange) puts it all together from a converted potato shed in a tumbledown cottage deep in rural Devon which he shares with various fish, and sometimes a small Indian frog. He is ably assisted by his lovely wife Corinna, his bulldog/boxer Prudence, his elderly mother-in-law, and a motley collection of social malcontents. Plus.. did we mention the orange cat?
Posted by Jon Downes at 2:02 PM No comments:

CRYPTOLINK: Hello Nessie, it must be that time of year... amateur photographer snaps 'large black object' moving beneath waters of Loch Ness

An amateur photographer has captured an eerie photo from the shore of Loch Ness which could encourage those who believe in tales of a monster living beneath the surface of the lake.

The image was taken by David Elder at Fort Augustus, at the south-west end of the 23-mile-long body of water in northern Scotland.

It shows a long bow wave apparently caused by some sort of disturbance on the surface of the loch.

Scroll down for video

Mystery: This bizarre picture of an unexplained phenomenon was taken from the shore of Loch Ness

The 50-year-old photography enthusiast insists the only thing that could have caused it is 'a solid black object under the water'.

Mr Elder, from East Kilbride in Lanarkshire, was able to take still photos as well as filming a video of the mysterious scene.

'We were at the pier head at Fort Augustus and I was taking a picture of a swan at the time,' he said.
'Out of the corner of my right eye I caught site of a black area of water about 15ft long which developed into a kind of bow wave.

On this day in 1950 Charles Fleischer, the voice actor of Roger Rabbit, was born.
And now the news:


They really need to make more of these:
http://www.youtube.com/watch?v=pA7R2ap5iO8
Posted by Jon Downes at 1:13 PM No comments: