Young Drake Pharo now has a younger sister. Congratulations, my dears....
Posted by Jon Downes at 11:11 PM No comments:

Job Description: One field technician is needed to assist in studying the effects of silvicultural treatments on the abundance and species richness of terrestrial salamanders in Indiana. Work will be conducted as part of the Hardwood Ecosystem Experiment (www.fnr.purdue.edu/HEE), a long-term assessment of ecosystem responses to silvicultural treatments being conducted as a cooperative venture involving scientists at Purdue University and other partners. Duties will include 1) checking cover objects for salamanders; 2) weighing, measuring, and marking salamanders with visible implant elastomer; 3) conducting surveys for downed woody debris; 4) collecting habitat data such as canopy cover, leaf litter depth, and soil moisture; and 5) data entry. The position will last from approximately mid-February to approximately mid-May (start and end dates somewhat flexible), with a possible extension to mid- August. Camp-style field housing and in-field transportation will be provided. P!
lease send a brief letter of interest, indicating your dates of availability, a resume, and contact information of three references to:

Qualifications: The nature of this work requires applicants be in good physical condition and have the capability to work independently in adverse environments including cold, heat, humidity, thorns, and biting insects. Experience with visible implant elastomer is preferred but not required. Experience with GPS, large 4-wheel drive vehicles, maps and orienteering are also preferred but not required. Only motivated and responsible individuals interested in gaining valuable and unique experience in the field of applied wildlife ecology should apply. A valid driver's license and good driving record are required.

Closing Date: 15 February 2011 or until position is filled

There appear to be a handful of tales pertaining to the materialisation of hellhounds (phantom black dogs) on dark and stormy nights. Some of these cases are attached to churches in the sense that, as the legend goes in varying yarns, the congregation gathered is terrorised by an abominable creature that appears amidst the thunder claps, lightning bolts and pounding rain. In the case of Black Shuck, the hellhound of Suffolk/Norfolk, such a legend has remained potent for centuries. This year my book Haunted Ashford will be published, and in it I’ve included a weird tale concerning an old church in this large Kentish town, which according to legend, was visited by a horrifying monster centuries ago, but such an apparition was far from being a spectral black dog.

‘Monsters, ghosts and ghouls, are often said to appear during terrible thunderstorms, but the apparition which visited the Church of St Mary at Great Chart in 1613, chose a summery day to make its awful mark. As vicar Hadrian Savaria began his sermon a fearsome creature materialised before the congregation. The beast appeared in the form of a great black bull which petrified those in attendance and were keen to flee the church. The entity stamped its feet, snorted, and its fiery eyes were glowing for all to see. The monster built up its aggression and then stormed through the rows, battering those who were unable to escape in time. Some folk were badly injured and three people were killed as the spectre charged into the North Wall and exploded into a ball of furious flame. The wall was demolished and a powerful, nauseating odour permeated the air. The vicar escaped with minor burn marks to his garments.
Some theories have since been put forward to explain the manifestation. There are those who argue that the monster was not a supernatural beast but in fact a phenomenon known as ball lightning, said to usually occur during raging storms. Ball lightning, although dismissed by some experts, is said to occur when, according to the Wisegeek website, ‘…large clouds of charged water molecules are put into an excited state by electrical activity, briefly causing light amplification by stimulated emission of radiation, or the laser effect.’ This usually results in a small, spherical, fiery object which materialises for a few seconds. This phenomenon occurs infrequently and has never been understood. However, could such a phenomenon explain what took place in Great Chart in 1613 ? Probably not, when you consider that the service was not conducted in the middle of stormy weather. Sceptics argue that similar events have occurred nationwide over the years, usually during thunderstorms, and such monsters are believed to be nothing more than forms created by terrified, and often naïve witnesses keen to explain the apparition away as something unholy. Oddly, in 1983 another terrifying beast was seen in the village and observed by four witnesses who described the monster as resembling a shaggy, black dog with burning red eyes. The spectral hound was seen to pad up a country lane and head towards the church. The witnesses were in a vehicle travelling in the opposite direction to the creature. Rather coincidentally, Charles Igglesden, in his third volume of A Saunter Through Kent With Pen And Pencil, from 1902, writes of a sign board of a Black Dog hanging over the front door of a house in Great Chart.’
Posted by Jon Downes at 12:37 PM No comments:

NICK REDFERN IN "THE RETURN OF THE GREVIOUS ANGEL" 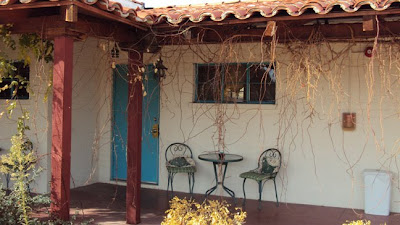 I am used to getting odd emails from Nick Redfern, but this takes the proverbial biscuit:
Jonny

Do you like Gram Parsons's music? I recently spent a night in the hotel room (at Joshua Tree, California) where he died. It's supposedly haunted, but he didn't put in an appearance! 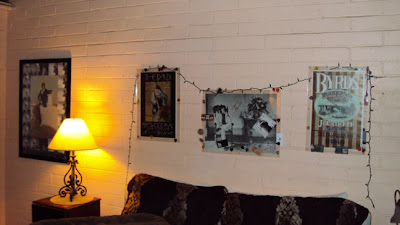 Of course I like Gram Parsons's music. What do you mean young feller-me-lad that you don't know who Gram Parsons was?

On this day in 1959 a plane crashed near Clear Lake, Iowa, USA, killing everyone: the pilot and passengers The Big Bopper, Buddy Holly and Richie Valens.
And now, the news:

Dinos were alive for ’700,000 yrs after the mass e...
What fish? Oh, that's a humuhumunukunukuapua'a! Aq...
Man escapes jail after admitting having sex with h...
Pet ban misleading, anti-business (Via Herp Digest...
Faster Early Development Might Have Its Costs, Stu...
Indonesia Markets Rare Lizard as Tourist Draw (Via...
Over 10,000 Pig-nose Turtles Released into Habitat...
Philippine Croc May Be Extinct in 10 Years (Via He...
Building wildlife law enforcement capacity to comb...
Plaquemines searching for large black cat
T-Rex hunted like a lion, did not scavenge like a … 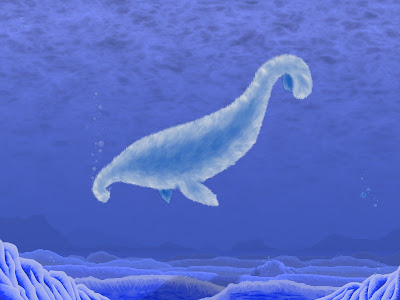 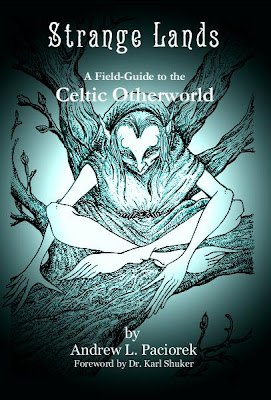 I managed to cock up the mastering of the first version. Thank you, Maxy for pointing this out....
Posted by Jon Downes at 10:56 AM No comments: