ROBERT SCHNECK: Animal Furniture That Doesn't Eat Mice (But Looks Like it Could)

In response to Richard's article about cooly gruesome carnivorous furniture, here is a piece about cheer animal furniture. I want all of them. http://elledeco.blogspot.com/2008/09/guest-blogger-animal-furniture.html 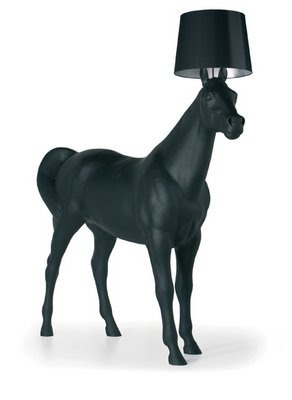 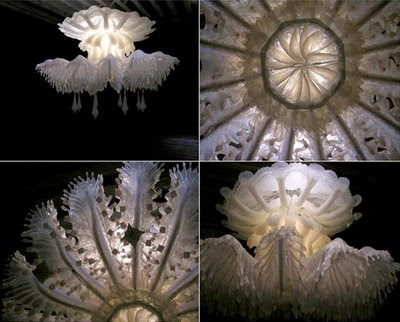 I want this couch

RICHARD FREEMAN: THE YETI IN ASSAM

Whilst in Tura on the trail of the Indian yeti we visited local surgeon, Dr Lao. Dr Lao believed that the mande-barung existed but he thought that it was now very rare. He had a collection of books on Indian wildlife. Among them was a book entitled A Naturalist in Karbi Anglong by Awaruddin Choudry, first published in 1993. The book, by one of India’s best known naturalists, records his time in the Karbi Anglong district of Assam, the Indian state to the north of Meghalaya.

One chapter of Chourdy’s book is given over to the Khenglong-po, a yeti-like creature seen in the area and unheard of in the west. As Assam borders onto Bhutan there is a link, or corridor if you will, directly from the Himalayas down to the Garo Hills along which yetis are reported and along which they could travel at will.

'Singhason peak and some nearby areas are sacred to the Karbis. Here in the dense forest lives the Khenglong-po, the legendary ‘hairy wild-man’. The Khenglong-po is an important figure in the Karbi folk tale. Whenever I used to get reports of its existence, I dismissed them as fable or mistaken identification of an ordinary animal. But when the much experienced Sarsing Rongphar gave me a fresh report, I had to re-think. Sarsing had been my guide in parts of the Dhansiri Reserved Forest, and I found him to be an accurate and reliable observer.'

Sarsing was a hunter who used dogs to sniff out game such as muntjac and porcupine, which he then dispatched with a long hunting knife. Even before his arrival a Karbi Along Awaruddin Choudry had heard of sightings of a large, bipedal ape. At first he asked witnesses if they might be mistaking a stump-tailed macaque (Macaca arctoides) or a hoolock gibbon (Hoolock hoolock) but the witnesses rejected this as they were familiar with both species, but when his trusted guide told him of an encounter with the beast, Choudry was forced to change his mind.

It was on May 13th 1992 that Sarsing Rongphar and his friend Buraso Terang and his hunting dogs ventured into Dhansiri Reserved Forest. In the afternoon they came upon large man-like footprints that were around 18 inches long and 6-7 inches wide. The pair followed the tracks for 3 kilometres until their usually brave dogs began to panic. Fearing an elephant or tiger was close by they crept cautiously forward. Soon a loud breathing sound became audible as ‘khhr-khhhr’ sound. From 80-90 metres away they saw an ape-like creature leaning against a tree, apparently asleep. The witnesses were at a higher elevation than the creature and had a clear view due to the fact there was no dense undergrowth obscuring their view. The creature was jet-black like a male hoolock gibbon with thick bear-like hair on the body. The hair on the head was long and curly. The creature was a female with visible breasts. Its mouth was open and large, human-like teeth apparent. The face, hands and feet were black and ape-like. In front of the creature was a broken tree and the hunters thought the creature had been feeding on it. They observed the sleeping animal for around one hour. Sarsing likened it to a giant hoolock gibbon but with much shorter fore-arms.

On reaching their village they told tribal elders of what they had seen and were informed that it was a Khenglong-po, a kind of hairy wildman that was thought to be dangerous.

Choudry took Sarsing to his camp and showed him pictures of the Asian black bear (Ursus thibetanus) standing on its hind legs and the mountain gorilla (Gorilla beringei beringei). The hunter identified the latter creatures as being a Khenglong-po whilst recognizing the former for exactly what it was. Choudry interviewed Buraso Terang separately and got the same answers.

A Khenglong-po was once supposed to have wandered up the railway track from Langcholiet to Nailalung.

On another occasion Choudry talked to some hunters from Karbi Anglong in central Assam. They spoke of a large, herbivorous, ground-dwelling ape that they called Gammi. According to them two Gammis were seen together in 1982 feeding on reeds on the eastern slope of the Karbi Plateau in the upper Deopani area. An elderly hunter had encountered one in the Intanki Reserved Forest in Nagaland in 1977-78. The creatures are said to be covered in grey hair and to be man-like in appearance. The name Gammi means ‘wild-man’.

“It seems possible to me that a terrestrial ape, larger than the gibbons existed in some remote parts of Karbi Anglong and adjacent areas of Nagaland. The creature was always rare and preffered the remotest corner of the jungle, and, hence, evaded discovery by the scientific world. Now with the forests vanishing everywhere, this ape perhaps faces extinction. Expeditions to the heart of the Dhansiri Reserved Forest and Singhason area may well produce some result. But for now, I am looking for any fossil evidence including skull, bone or part thereof. This will at least put the Khenglong-po at its right place, even if it is extinct. Lastly, if a large mammal like the Javan or smaller one horned rhinoceros (Rhinoceros sondaicus) can be discovered in recent years in a small pocket of the war-ravaged Vietnam, outside its known locality in Indonesia and beyond anybody’s expectation, one cannot rule out a Khenglong-po in the forests of Karbi Anglong.”

We can see then an unbroken link of yeti sightings from Bhutan down into India. 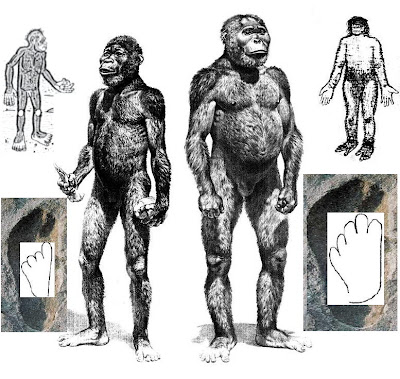 At first I doubted the Australopithecine identity for these African cryptids. Now this looks to me like a very good fit (Footprint for robustus form hypothetical but made in proportion to relative sizes) The robustus form is on a scale comparable to a European fossil Neanderthal: human-sized but somewhat below average height, and well above average weight.
Posted by Jon Downes at 12:54 PM 1 comment:

Over on Tet Zoo, the good doctor writes:

In terms of its zoological diversity, Europe is the best known continent on the planet. Indeed it's generally assumed that just about all of Europe's macrofauna has, by now, been discovered. While that's mostly true, it seems that at least a few species - so called 'cryptic species' - have been missed, mostly because they're extremely similar to their close relatives. read on...
Posted by Jon Downes at 12:51 PM No comments: 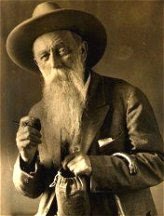 Yesterday I received this photograph (which certainly looks like an elderly seller of gridirons) and a covering letter:

A few years ago I did some in depth research on Traders Horn & Hunt (coelacanth fame), I was sent this photo from the US, but cannot vouch for its authenticity, it was used as a publicity shot.

Meanwhile Puca writes: They ran Trader Horn just the other day on Turner Classic!
Posted by Jon Downes at 12:44 PM No comments:

Today is always a strange day for me. It is Valentine's Day, and not only is tomorrow Corinna's and my anniversary (true, we got together on that day in 2005), but it is also the day that my father died, a year later in 2006. So I have a whole slew of emotions going around my head....
Posted by Jon Downes at 12:41 PM No comments:

Happy Valentines Day, I hope everyone gets cards/chocs/flowers or whatever it is that makes you happy. If not, then good luck for next year/well done for standing up to commercialisation.
And now the news:

The sausage dog and the tiger:
http://www.dailymotion.com/video/x9gw5o_the-tiger-cub-and-the-sausage-dog-their-weird-relationship_fun
Posted by Jon Downes at 12:41 PM No comments: