CRYPTOLINK: 'Crocodile' filmed in Swansea lake but 'Pluck-ness monster' might really be a pike


A MAN believes he may have caught the infamous Pluck Lake crocodile on film for the first time.

Kyle Chapple was fishing down at the Pluck, a lake at the southern edge of Swansea Enterprise Park, near Morrisons, when he saw something unusual in the water.

So, picking up his camera, he filmed it, only to get the shock of his life when a bird swooped down with dinner in mind, and ended up almost being dinner itself.
Read on...
Posted by Jon Downes at 1:43 PM No comments:

Bigfoot Evidence - Blogger
Did you know that the month of May is Skunk Ape mating season? We only know this because the leading researcher of Skunk Ape, David Shealy told ...
Posted by Jon Downes at 1:05 PM No comments: 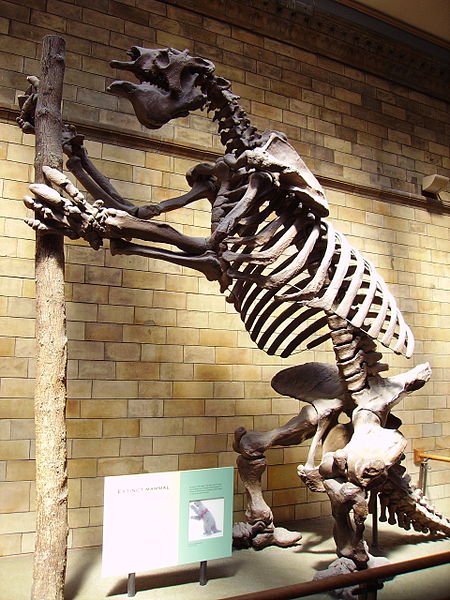 www.gonzomultimedia.co.uk/about.html
Eight years ago today Corinna and I got married. And those intervening eight years have seen all sorts of strange things happen; tragedy and triumph, happiness and sadness, but the two of us have remained rock solid. Thank you Baby. That is all.
THOM THE WORLD POET: The Daily Poem
http://gonzo-multimedia.blogspot.co.uk/2015/07/thom-world-poet-daily-poem_21.html
THE GONZO TRACK OF THE DAY: Jack Lancaster and Ric...
http://gonzo-multimedia.blogspot.co.uk/2015/07/the-gonzo-track-of-day-jack-lancaster.html
THE SYN (Chris Squire before Yes): Interview with ...
http://gonzo-multimedia.blogspot.co.uk/2015/07/the-syn-chris-squire-before-yes.html
40 Years On: Hawkwind's Warrior On The Edge Of Tim...
http://gonzo-multimedia.blogspot.co.uk/2015/07/40-years-on-hawkwinds-warrior-on-edge.html
Legendary Road Manager Phil Kaufman Critically Inj...
http://gonzo-multimedia.blogspot.co.uk/2015/07/40-years-on-hawkwinds-warrior-on-edge.html
The Gonzo Weekly #139
www.gonzoweekly.com
Raz Band, Joey Molland, Badfinger, Stills-Young Band, Barnstorm, Fleetwood Mac, Gram Parsons, Roy Weard, Dogwatch, That Legendary Wooden Lion, Hawkwind, Jon Anderson, and Yes fans had better look out!
The latest issue of Gonzo Weekly (#139) is available to read at www.gonzoweekly.com, and to download at http://www.gonzoweekly.com/pdf/. It has Michael Raz and Joey Molland on the front cover together with an interview with the Raz Man himself inside. Doug looks at the updated and remastered edition of Yes' Relayer, John B-G goers to see Fleetwood Mac and Jon examines a book about Gram Parsons. Xtul are very near to a climax. Thom waxes all poetical like, whilst the legendary Roy Weard continues his regular column. And there is a radio show from M Destiny at Friday Night Progressive, and one from those jolly nice chaps at Strange Fruit. There is also a collection of more news, reviews, views, interviews and pademelons with books to peruse (OK, nothing to do with small marsupials in a literary mood, but I got carried away with things that rhymed with OOOOS) than you can shake a stick at. And the best part is IT's ABSOLUTELY FREE!!!
This issue features:

ON THIS DAY IN 1831 - Belgium became independent as Leopold I was proclaimed King of the Belgians.
And now some more recent news from the CFZ Newsdesk


AND TO WHISTLE WHILE YOU WORK... (Music that may have some relevance to items also on this page, or may just reflect my mood on the day, again chosen by Jessica)
Posted by Jon Downes at 12:30 AM No comments: