Posted by Jon Downes at 7:23 PM No comments: 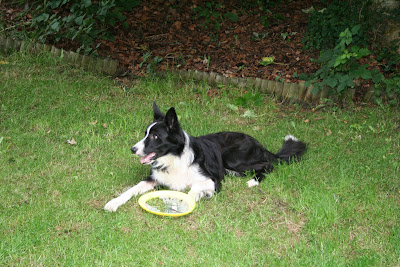 Yesterday was a horrible day and I think what made it worst of all was that it was so completely unexpected. When Toby and Tessie (CFZ doggies Mk1 and 2) finally died it was at the end of a long (16 year +) life. Biggles had only just turned two in August, and the day before he died he was still chasing the cats and messing around the garden in a boisterous, though noticeably subdued manner.

We realised that he was ill, but had no idea that he was that ill. However, as Max said quite rightly when I telephoned him with the news yesterday morning, he was probably the strangest dog that I ever met. I strongly suspect that he had been the runt of the litter because he was prone to bouts of illness, going off his food and generally acting strangely. I still wince when I think about the day he nipped the fire prevention officer.

Poor little chap (Biggles I mean, not the fire prevention officer who was in possession of an offensive haircut).


I will probably write more about him over the next weeks or months, if only because writing things is my best way of coming to terms with stuff. But there is one thing that I do want to share.

Both Corinna and I were touched by the sheer volume of messages we had, both on the blog, by email, and on Facebook. Because he lived his entire life in the public eye, he touched the hearts of many more people than he would have done if he had been an ordinary domestic pet. He was the third CFZ doggie, and as Scottie Westfall wrote on my Facebook page yesterday: "Biggles's presence on the blogs and OTT will be sorely missed."

Life without him is proving to be just as hard as I thought it would be, and I went through this before - ten years ago - when Toby was put to sleep on the first of June 2000. After he died I swore that I would not allow myself to go through that level of pain again, and that I would not (as Kipling put it) "give my heart to a dog to tear", and for eight years I didn't. In questionable taste I used to say that although I had not planned it that way, in my life I had not been exactly a `one woman man`, but that I was undeniably a `one dog man`.

Only a few weeks after Toby left us, Graham's then girlfriend Tracey asked us if we could have her dog Tessie, who became CFZ doggie Mk 2, but she was always Richard's and Graham's dog, and whilst I was mildly fond of her, and she shared my space for the next eight years, she was never my dog.

Then two years ago Corinna brought back a delightful bundle of dogginess and almost instantaneously I fell in love and all my resolutions went out the window. At the risk of appearing mawkish, Biggles taught me that I could, indeed, love another dog. Now he has gone, but I am in far more positive a state of mind than I was when Toby died. Yes, I will probably once again give "my heart for a dog to tear". I have had a dog in my life for all but two periods of three or four weeks since 1985, and I cannot imagine life without one. And I shall, I am sure, love it as unconditionally as people and dogs have loved each other since our hairy ancestors first adopted an orphaned wolf cub or two, but I am sure of one thing: in the same way as not a day goes by without me thinking wistful thoughts of Toby, there will always be a Biggles-shaped hole in my heart.
Posted by Jon Downes at 6:56 PM 1 comment:

Biggles was only on this earth a little over two years and in my life, half of that, but I'm sure those of you out there who met him even just once will feel his loss for the deep hole it is.

I remember the last time I visited Myrtle Cottage; I was working at the spare computer in the office and Biggles decided he wanted more than the occasional pat on the head he had received since he came to sit by my chair, so I was suddenly confounded by the scrambling of an adorable black and white doggy heaving himself onto my lap. The back of that chair wasn't too secure either and soon Biggles and I were horizontal, but the persistent pooch still waited expenctantly for me to stroke and cuddle him.
It's been twenty years since I lost a canine member of my family so I've only a dim memory of what it feels like but if I can feel this sad as a person who met Biggles just a handful of times, God only knows the pain Jon and Corinna (and Oll and Graham) are feeling. I'm sure I speak for everyone in the CFZ when I say that Biggles and his surviving family down at HQ are in our prayers and thoughts.
Posted by C-E B at 3:47 PM No comments: 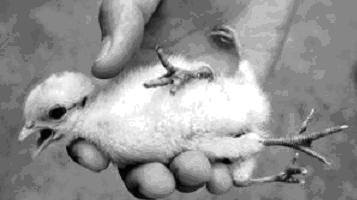 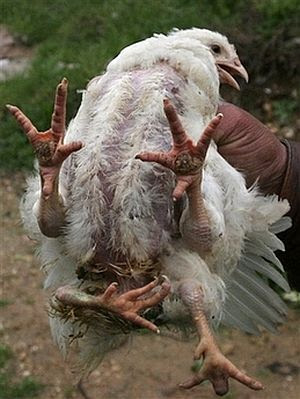 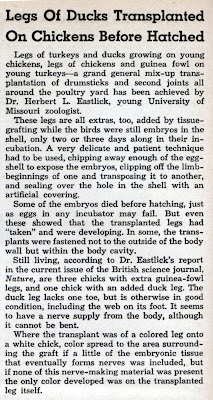 Ever since 1997, Alien Zoo, Dr Karl Shuker’s cryptozoology news column has been a regular feature in Fortean Times – the world’s premier magazine devoted to unexplained phenomena of every kind, and inspired by the writings and researches of scientific iconoclast Charles Fort. Dr Shuker has also penned many longer, more detailed ‘Lost Ark’ articles for Fortean Times, surveying an immense diversity of controversial and newly-revealed creatures worldwide. Today, not only are both of these long-running FT series hailed as cryptozoological classics but now, for the very first time, an extensive compilation of each of them has been meticulously prepared by Dr Shuker, incorporating numerous remarkable illustrations (including many rare or previously-unpublished examples), and presented here in book form.

So if the weather outside is wet and windy, or even if it’s fine but you’ve nowhere exciting to go, how would you like to visit a mesmerising realm of monsters and mystery beasts from the comfort and safety of your very own armchair?

In Karl Shuker’s Alien Zoo, that’s where! So what are you waiting for? Its gates are still open, so let’s go inside - right now!
Posted by Jon Downes at 9:09 AM 1 comment:

On this day in 1892 the poet Alfred, Lord Tennyson died. One of Tennyson's poems was:

Below the thunders of the upper deep,
Far, far beneath in the abysmal sea,
His ancient, dreamless, uninvaded sleep
The Kraken sleepeth: faintest sunlights flee
About his shadowy sides; above him swell
Huge sponges of millennial growth and height;
And far away into the sickly light,
From many a wondrous grot and secret cell
Unnumber'd and enormous polypi
Winnow with giant arms the slumbering green.
There hath he lain for ages, and will lie
Battening upon huge sea-worms in his sleep,
Until the latter fire shall heat the deep;
Then once by man and angels to be seen,
In roaring he shall rise and on the surface die.

Hmm, they didn't find this though did they?
http://www.youtube.com/watch?v=9M3Rpy3tv50http://cryptozoologynews.blogspot.com/
Posted by Jon Downes at 9:09 AM No comments: 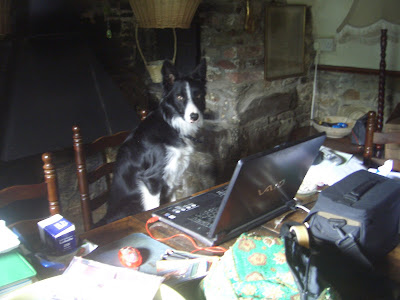 Blogwatchers will know that Biggles has been unwell for the last few days. He went in to the vet yesterday, where he was diagnosed with a liver infection, and he died at 6:00 this morning. He will be buried alongside Tessie in the CFZ garden later today. We are all too upset to do anything else.

There is sorrow enough in the natural way
From men and women to fill our day;
And when we are certain of sorrow in store,
Why do we always arrange for more?
Brothers and sisters, I bid you beware
Of giving your heart to a dog to tear.