CRISPIN ANDREWS WRITES: Does anyone know anything about Fortean cricket? 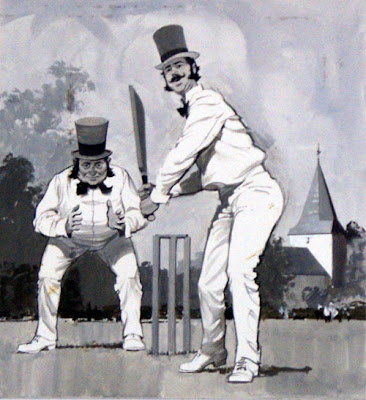 Hi Jon - hope you're well. Do you know of any strange animal/paranormal encounters relating to cricket grounds/clubs/cricketers. I write for the Cricketer magazine, usually just about cricket, but they like this idea, too.

I was watching last month's OTT and had a thought about trail-cams. If you need to mount them on public land, maybe they'll be less noticeable with camouflage painted on the box. Found a short youtube video by someone who did that. No narration, just some before and after pictures, and, of course, the paint can change depending on where they're hung and the season. 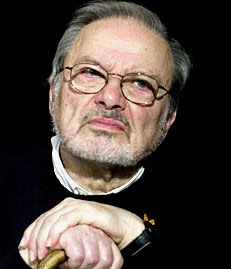 Maurice Bernard Sendak (June 10, 1928 – May 8, 2012) has died. For those not aware of his work, he was an American writer and illustrator of children's literature. He was best known for his book Where the Wild Things Are, first published in 1963.

Posted by Jon Downes at 2:53 PM No comments:

Yep. We found Bigfoot.
By Dan Pearce
While out hiking, we came across undeniable evidence of Bigfoot. But that wasn't all we found. We got pictures of Bigfoot himself.
I have to admit that this raised a feeble smile from me first thing this morning, and made more sense than some of the more orthodox cryptozoological stories that I found in my in-box...

New at Frontiers of Anthropology:
http://frontiers-of-anthropology.blogspot.com/2012/05/giant-warrior-strain-continues-to.html

And I went on ahead and made up a new batch of more Thomasina Edison suggested book jackets for stories in the works, With several Cryptozoological themes this time around:
http://cedar-and-willow.blogspot.com/2012/05/latest-batch-of-thomasina-edison-cover.html

Including the "No Kill" Policy mentioned on the last one.
Posted by Jon Downes at 1:52 PM No comments:

http://hauntedskies.blogspot.com/2012/05/haunted-skies-update-on-volume-5-9th.html
Posted by Jon Downes at 1:49 PM No comments:

It is grey and wet outside.

The budgies in the aviary are looking tousled and cross, but are chattering away to each other in an irritated manner.

Inside the strains of 'Search the Truth' by W.O.F issue from my study as I sit down to write deathless prose about today's blog updates. And what a bunch of updates they are:

First off the starting block is a real exclusive; part one of an interview with Dan Wooding about his recently updated biography of Rick Wakeman. Today, Dan tells the story of how he first met Rick, and how Elton John came to write the foreword
http://gonzo-multimedia.blogspot.com/2012/05/exclusive-dan-wooding-talks-about-rick.html

Next is another exclusive - part two of my interview with the irrepressible Martin Stephenson:
http://gonzo-multimedia.blogspot.com/2012/05/exclusive-martin-stephenson-interview_10.html

The other day we posted my review of a smashing DVD about Frank Zappa's two record labels. Today, as an afterthought, I muse upon one of Captain Beefheart's most under-rated albums, which - furthermore - is one of which I am very fond:
http://gonzo-multimedia.blogspot.com/2012/05/captain-beefheart-further-than-i-have.html

Over the next few days you will be reading rather a lot about a band called Galahad. To start the ball rolling, I thought that I had better introduce them:
http://gonzo-multimedia.blogspot.com/2012/05/all-about-galahad.html

Finally, we say goodbye to the one and only Maurice Sendak:
http://gonzo-multimedia.blogspot.com/2012/05/those-we-have-lost-maurice-sendak-1928.html

See you tomorrow folks...
Posted by Jon Downes at 1:44 PM No comments:

On this day in 1933 the Nazi party staged the first of their mass book burnings.