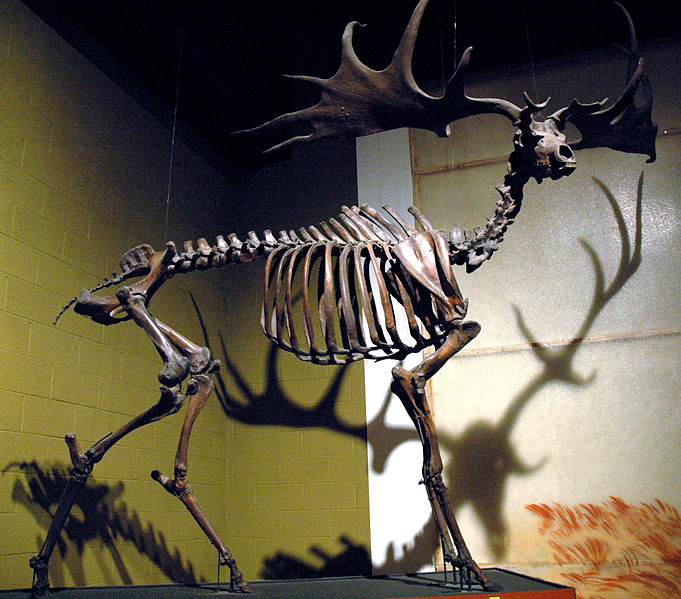 Posted by Andrew May at 4:30 PM No comments:

WEIRD WEEKEND 2015: The return of Shosh

One of the undoubted stars of last year's event was Shoshannah McCarthy who is a qualified vet working in Staffordshire. She is also my step-daughter, but that is by the by. She is back this year, and will be talking about feral cats, as an invasive species, their impact on wildlife and much more. It promises to be a fascinating hour.

And so dear friends, I realise with a start, that we have only got five weeks left until the Weird Weekend. All sorts of things have been happening behind the scenes, and there have been several lineup changes. However, despite the fact that it says “provisional programme” at the top of this blog post, I sincerely hope that it is considerably less provisional than it would have been 6 months ago… 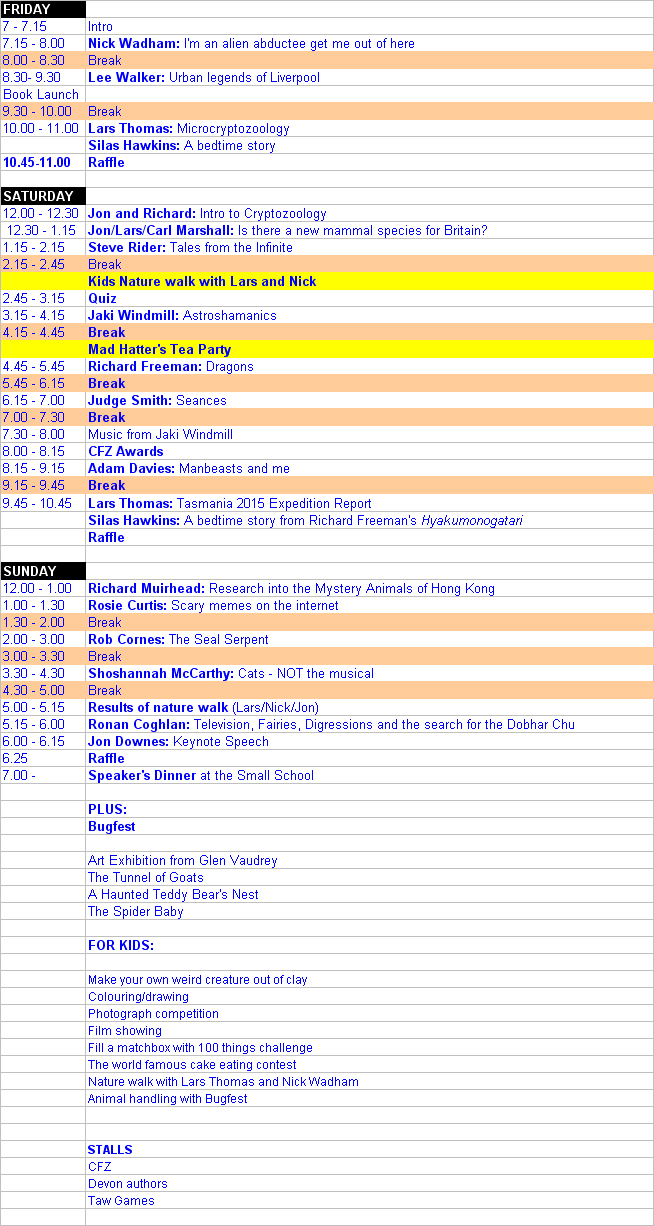 Those of you who doubt Dr. Squatch's evidence, what do you think of this footprint?

Bigfoot Evidence - Blogger
That's what i thought,unless bigfoot's wearing a slingback wedge with a 3" heel xx .... He is the biggest buffoon in the Bigfoot community. Delete.

Monday, July 6, 2015
BIGFOOT: The Beast of Kentucky - Blogger
To document Bigfoot reports and encounters and the history of bigfoot in Trimble,Carroll and Henry Counties of Kentucky and Eastern Kentucky.Follow ...

This Lady Has One Of The Strangest Bigfoot Stories We've Ever Heard
Bigfoot Evidence - Blogger
Youtube user Cosmic-Jungle Desiree tells her story of a spiritual encounter and her connections with the sasquatch. She must know a lot about bigfoot ...
Posted by Jon Downes at 11:21 AM No comments:

www.gonzomultimedia.co.uk/about.html
Jessica is really shaping up well as a publishing assistant. I only wish that she had been here twenty years ago. She truly is going to be better at this than I am. 2013 was an amazing year for British butterflies, with an influx of long tailed blues which even bred here, possibly for the first time. There were only a couple of sightings last year, but today Bug Alert announced that one was seen in an Exeter garden. Here's hoping it is the vanguard of another boeticus invasion.
THE GONZO TRACK OF THE DAY: Patrick Moraz Rocks Th...
http://gonzo-multimedia.blogspot.co.uk/2015/07/the-gonzo-track-of-day-patrick-moraz.html
THOM THE WORLD POET: The Daily Poem
http://gonzo-multimedia.blogspot.co.uk/2015/07/thom-world-poet-daily-poem_7.html
Mick Abrahams - US Review
http://gonzo-multimedia.blogspot.co.uk/2015/07/mick-abrahams-us-review.html
Atkins May Project: Canadian review
http://gonzo-multimedia.blogspot.co.uk/2015/07/atkins-may-project-canadian-review.html
Remembering Chris Squire, the Very Loud, Beating H...
http://gonzo-multimedia.blogspot.co.uk/2015/07/remembering-chris-squire-very-loud.html
The Gonzo Weekly #137
www.gonzoweekly.com
Chris Squire, The Fall, Suzanne Vega, Grant Lee Buffalo, Roy Weard, Dogwatch, That Legendary Wooden Lion, Hawkwind, Jon Anderson, and Yes fans had better look out!
The latest issue of Gonzo Weekly (#137) is available to read at www.gonzoweekly.com, and to download at http://www.gonzoweekly.com/pdf/. It has the late Chris Squire of Yes on the front cover together with a series of tributes to him inside. There are accounts of Suzanne Vega and Grant Lee Buffalo live, John muses on The Fall, and Jon examines a book about the a bloke who went to see the 1970 Isle of Wight Festival, and spent fifty years cataloguing British Butterflies, there is Hawkwind news and an important Gong Family update, Thom waxes all poetical like, whilst the legendary Roy Weard continues his regular column. And there is a radio show from M Destiny at Friday Night Progressive, and one from those jolly nice chaps at Strange Fruit, and one from the wonderful Canterbury. There is also a collection of more news, reviews, views, interviews and spotted quolls with nothing to lose (OK, nothing to do with small marsupials in a devil may care mood, but I got carried away with things that rhymed with OOOOS) than you can shake a stick at. And the best part is IT's ABSOLUTELY FREE!!!
This issue features:
Chris Squire, Morrissey, The Beatles, Culture Club, Sir Paul McCartney, Barbara Dickson, Nick Holland, Gilli Smyth, Van Morrison, Strange Fruit, Friday Night Progressive, Canterbury sans Frontieres, Bruce Rowland, Val Doonican, Third Ear Band, Arthur Brown, Inner City Unit, Hugh Hopper, Pete Sears, Captain Beefheart, Brand X, Lee Walker, Grant Lee Phillips, John Brodie-Good, Suzanne Vega, Gerry Leonard, The Fall, John Haylock, Roy Weard, Hawkwind, Yes, Steve Howe, U2, Morrissey, Michael Jackson, Sid Vicious, Nick Cave,  Neil Nixon, Virginia Astley, Cnoc An Tursa
Read the previous few issues of Gonzo Weekly: