www.petercbyrne.com
PETER BYRNE is shown in a photo from his website, www.petercbyrne.com.
A word about cryptolinks: we are not responsible for the content of cryptolinks, which are merely links to outside articles that we think are interesting, usually posted up without any comment whatsoever from me.
Peter Byrne has been engaged in what he describes as the “Big Searches” for almost his entire life; his Bigfoot search alone has spanned 50 years.


His first experience was in the 1960s, working in northern California.
Later, he was drawn back to California by the well-known 1967 film made by Roger Patterson and Robert Gimlin outside Orleans, Calif. It is purported to be the most credible evidence of Bigfoot’s existence. While skeptics have dismissed the film, Byrne finds it credible.
Gimlin is still living in Yakima and he is regarded as a man of great integrity,” Byrne said. “Lots of people have tried to discount it, but it could be real.”
Today, Byrne continues his quest to find Bigfoot.
“I do two things,” he said. “I write. I’ve published 13 books.”
The 13th book is coming out in a few weeks, called “Monster Trilogy,” a three-part guide book on how to find Bigfoot, Yeti and the Loch Ness Monster. He has been in searches for all three.
He also works with a loose-knit group of people on the Oregon Coast, all interested in sighting Bigfoot.
Byrne said in his writings that technology would one day allow the world to verify the existence of Bigfoot and his group uses motion-sensor cameras set up in areas of what Byrne describes as credible sightings in the Coast Range. So far, the cameras have yielded images of other wildlife, but no Bigfoot.
He also researches recent and historical sighting reports. The last credible report from where the researchers were looking was in 2006, Byrne said.
Read on...
Posted by Jon Downes at 12:16 PM No comments: 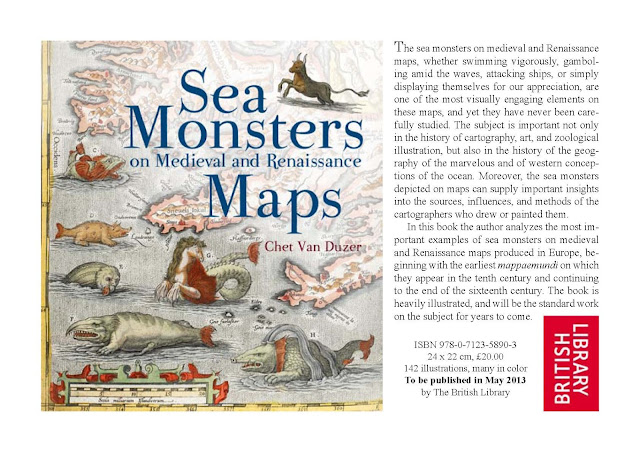 Today we put the different sections of the Eberhart book together, before starting to make it all look neat. This is when we realised that many of the words used for cross-referencing, that should be in capitals, were not. So, whilst making sure that everything is spaced out properly and checking that all the web-addresses are still active, we also had to read along in the text to ensure that we changed all of the cross-referencing into capitals.

Some way through this, we realised that they were in the wrong sort of capital letters. It should have been “small caps” rather than “all caps”. It took quite a while to work out how to change it, although why it is so complicated is still unknown.

This day was quite draining indeed, so we decided to call it a night a little earlier than usual. We did, however, have a good lengthed cat hunt, which perked me up no end. There were a few moths, but the real star of the evening was a frog that was sitting fantastically in the road. It remained there, very chilled out, as a car drove over it, almost squishing it. It didn’t even budge when a second car (ours) approached. Indeed, it stayed put until Jon got out and moved it himself, to forcibly aid it in staying alive.
Posted by Jon Downes at 12:12 PM No comments:

THE GONZO BLOG DOO-DAH MAN IS INTO HOME IMPROVEMENT TODAY

I am very impressed by how hard young Matthew worked yesterday. OK, he is a strapping young lad of fifteen, whilst I am a decrepit old git over three times his age, but he worked incessantly. I have always wanted a complex of ponds on the east lawn of the CFZ grounds. There are various freshwater projects I want to do, as well as the fact that I enjoy sitting down and watching the fish. I have never been able ti afford it, but Helen Taylor has been kind enough to give us a big pond and a UV filter, so it is all systems go. Hence Matthew digging a hole all day yesterday.

*  Jon Downes, the Editor of all these ventures (and several others) is an old hippy of 53 who - together with his orange cat (who is currently on sick leave in Staffordshire) and a not very small orange kitten (who isn't) puts it all together from a converted potato shed in a tumbledown cottage deep in rural Devon which he shares with various fish, and sometimes a small Indian frog. He is ably assisted by his lovely wife Corinna, his bulldog/boxer Prudence, his elderly mother-in-law, and a motley collection of social malcontents. Plus.. did we mention the orange cats?
Posted by Jon Downes at 12:06 PM No comments:

It was a sight never seen before at a meeting of the Senoia City Council, or likely at any government meeting for that matter. But the April 1 council meeting included an unexpected guest, one whose visit prompted a unanimous vote to proclaim every April 1 as Bigfoot Day in Senoia.

For generations, Bigfoot has been the subject of folklore. But all that changed Monday night when the mythical creature entered the council chambers in the flesh and calmly took a seat among the city’s residents.
Mayor Robert Belisle immediately noticed the unusual guest and did not miss a stride in asking the sasquatch if he, or perhaps she since its gender was not exactly obvious, would like to address the council. Bigfoot quickly left his seat and moved to the podium where he made a number of guttural volcalizations that were, quite simply, difficult to understand.
Unphased by the rare sighting, Belisle thanked the creature for his comments and attendance. Bigfoot again uttered a series of completely undistinguishable remarks, made a few non-threatening motions to the council, then turned and left the council chambers.
And though his appearance was brief, the bona fide sighting of the bipedal beast led Belisle to make a motion that every April 1 be proclaimed as Bigfoot Day in Senoia. The motion and second were followed immediately by a unanimous vote.
Read on...
Posted by Jon Downes at 12:05 PM No comments:

What do rhinos do when they are hungry? They look for food.


Ha Ha that was funny. Sidesplitting. Yes. HaI Now for the news...

And here is a jolly tune to whistle while you work: