News and stories from the remoter fringes of the CFZ blogosphere....

Posted by Andrew May at 9:30 PM No comments:

Article on possible Russian "Snowman" and Folkloric connections: a Tartar Tickler
http://frontiersofzoology.blogspot.com/2012/01/shurale.html
Posted by Jon Downes at 4:32 PM No comments: 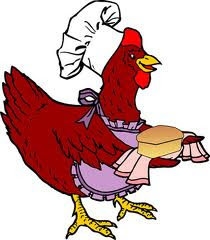 Will our RSPB: West Country birds fret that it’s been mild and wet? 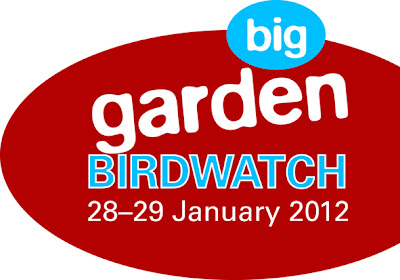 The RSPB’s Big Garden Birdwatch (28-29 January 2012) Over half a million people will be taking part in the world’s biggest wildlife survey this weekend, the RSPB’s Big Garden Birdwatch (28-29 January). This winter has seen temperatures go from mild, to freezing, and back again, with ice, snow, wind rain thrown into the mix. And after two cold winters before it, the wildlife charity is eager to find out what this year’s confusing weather will mean for our garden birds.

RSPB’s Tony Whitehead says; “The last few months have been anything but predictable so it will be interesting to see what kinds of birds people are seeing this weekend, and in what numbers.

“With plenty of natural food still about some of the usual suspects might be a bit elusive, but heavy rain and strong winds could send other surprises our way.

“And spring-like signs might even be inspiring early breeding activities. There’s already been lots of evidence of birds recce-ing potential nest sites so whatever the weather, it’ll be a busy time.”

The RSPB is asking everyone to take part by picking an hour this weekend to record the birds they see, and feed their results back.

And they are urging everyone to submit their results, even if the numbers of birds they see might seem a bit low.

Tony Whitehead says; “We want to know what you see whether it’s a hundred birds or two birds, regardless of whether this is typical for your garden. We add up all the counts to work out the overall results.

“With over half a million people sending us their data this will help us build an important stock take of what’s happening in gardens this year. We can then compare these counts with others from previous years and note any changes.”

Martin Harper, the RSPB’s Conservation Director, says; “We all know how dreary it can be at this time of year and with the economy in such bad shape, why don’t you cheer yourself up by doing Big Garden Birdwatch? Sit down with a cuppa and watch from your windows. You’re really going to enjoy the wonderful world of nature out there.”

To step up for nature and take part, simply spend one hour over the weekend of 28-29 January, counting the birds in your garden or local park, and record the highest number of each bird species seen at any one time.

Visit the RSPB website www.rspb.org.uk/birdwatch for more information and to submit your results online.

Pre-registration is open until Friday and those pre-registering will get a 10% discount for bird food and feeders from the RSPB online shop. A variety of bird care items including food and feeders are available from http://www.rspbshop.co.uk/.

For face-to-face advice the RSPB also has a shop at Dart’s farm in Topsham, Devon http://www.rspb.org.uk/reserves/guide/d/dartsfarm/index.aspx

On this day in 1917 the actor Ernest Borgnine was born. Borgnine has stared in The Poseidon Adventure, the Black Hole and Escape from New York. 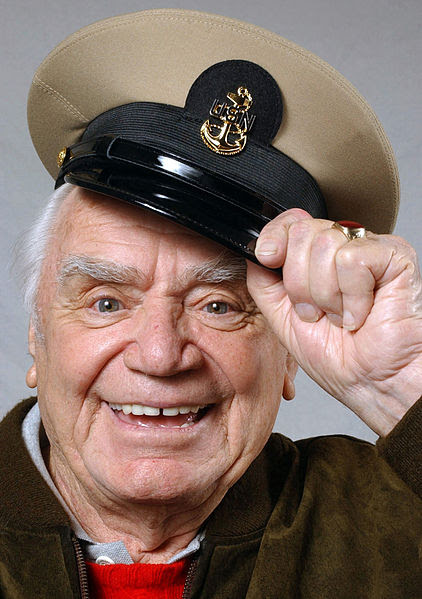 Hail to the Chief
picture from Wikipedia

The original trailer of The Poseidon Adventure:
http://www.youtube.com/watch?v=CP0wV7IvSiI
Posted by Jon Downes at 12:37 PM No comments: 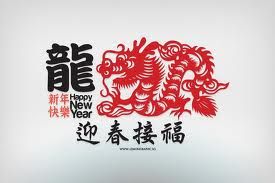 http://mytechquest.com/wallpaper/20-lovely-chinese-new-year-of-dragon-2012-wallpapers/
Posted by Jon Downes at 12:36 PM No comments:

JON'S JOURNAL: On golden frogs and matching moles (A visit to Kennerland)

Kennerland is another of those places where I used to go as a boy because the range of natural history was particularly pleasing.

It would probably be called a suburb of Woolsery if it wasn't for the fact that nobody actually lives there. I always used to go there every spring because of the tadpoles.

It is a particularly soggy neighbourhood (if I may steal a phrase from one of my favourite children's authors) and once was all marshes. As you can see, much of it has now been drained to make it more suitable for agricultural purposes, but the rushes remain (and so does quite a lot of the water). 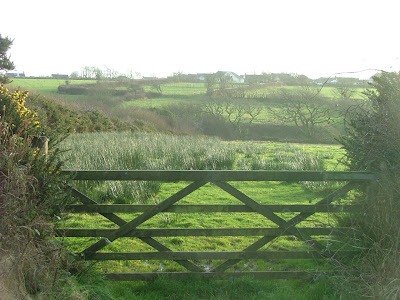 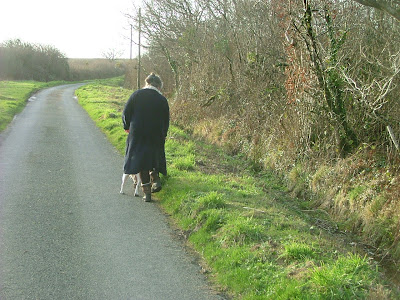 Prudence made a New Year's Resolution to get more excercise, so each afternoon now she takes Corinna and me for a walk. I cannot walk very fast, and even slow ambling is painful, so I take my mind off it all by wielding a camera, and going in search of the natural world.
For some reason Kennerland - or to be more specific, the ditches along the road at Kennerland Cross - has always been a desirable residence for the local frog population. Each spring I used to visit the area and go tadpole spotting.

I was always amazed at the vast divergence of sizes, colours and shapes of the tadpoles there, and when, years later, I started becoming interested in the golden frogs of the West Country I often wondered whether these fantastically multicoloured tadpoles (some were certainly yellow, although I never saw any golden ones) could provide a clue to the aetiology of the fabulous golden ones.

I am still wondering, and it was one of the things not too far from the front of my mind as we drove up to Kennerland on Sunday afternoon. 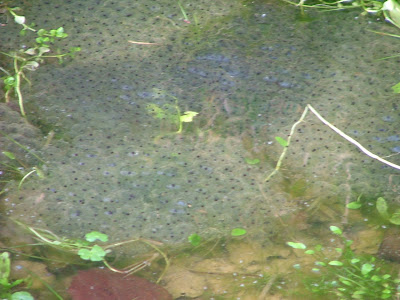 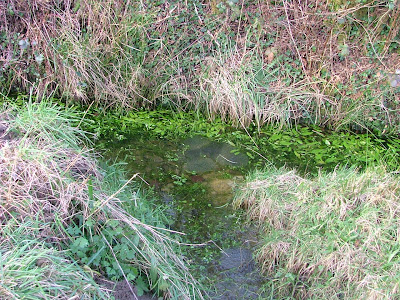 As you can see, there was no shortage of frog spawn and although the nuclei of each egg seems to be black, it always did, and the tadpoles seemed not to change colour until they got considerably bigger. We are going to monitor these ditches (which have survived the passage of the years far better than those at Huddisford) and see what happens.

Frogs seem to be creatures of habit: they come back here to breed year after year, and I am always reminded of a sad little story my father told me. We used to have a pond at the bottom of the garden and every spring the garden frogs spawned there.

My mother used to collect the spawn in a bucket and take it up to a friend's pond to release it, so all ended well. That was in 1997/8 and that particular generation of frogs must have lived out their alloted span (or learned their lesson) because by the time we came here in 2005 it didn't happen anymore.

We also saw large numbers of molehills, proving (as if any proof were needed) that the local population of Talpa europea is doing fine and dandy.... 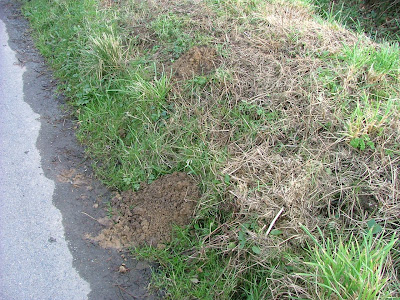 And why Matching Mole in the title? Cop a load of this (particularly you, Max)....

New on Cedar and Willow, Dropping the other shoe on the post-apocalyptic series:
http://cedar-and-willow.blogspot.com/2012/01/post-apocalypsos-part-2-cedar-and.html