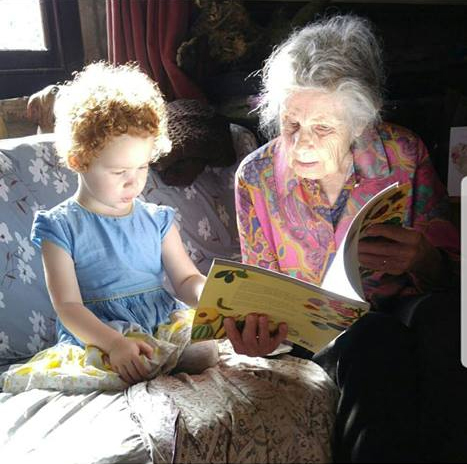 Posted by Liv McCarthy at 10:36 AM No comments:

I recently bought a book from the Oxfam Online Shop titled Lincolnshire Folklore by Ethel H.Rudkin , ( 1936) which is packed full of folklore curiosities, including many animal references. One which caught my beady eye was the Commonpiece cat, at Gunthorpe, Lincolnshire (on pages 30 -31).

"Some three hundred yards from the hamlet of Gunthorpe, on the Trentside road leading to West Stockwith, is an opening in the bank, the end of a lane,known as Commonpiece Lane. This spot iss aid to be haunted by a species of white cat;and those who have seen it say it is of abnormal size. This apparition was quite common forty or fifty years ago. ( i.e  c. 1880s).  I remember when I was a boy returning from Stockwith one Sunday evening in late September, and being overtaken by Mr Joe Jenkins, a local Wesleyan preacher...he asked me if the cat had been seen lately? or if I had seen it.I had not, but asked him, "Have you sen it, Mr Jenkins?" and he replied, "Scores of times!" it always crosses the road from the river and runs through the opening in the bank; it is white, and nearly as large as a pig." (The story then goes on to describe how a man was walking down the same road on a snowy night when he saw the cat and aimed a kick at it, whereupon it vanished. He returned the next morning and saw his own footprints but not the spoor of the cat!)

"It is known that human bones lie buried beneath the bank just here, for about seventy years ago some farm-labourers unearthed a skeleton whilst earthing up a pie of potatoes (sic). The bones were reburied. Nothing is known as to the identity of this skeleton, whether it is the body of some person who had met with foul play  , or someone who had been found drowned, and the body buried near the place where the body was discovered - a common practice years ago. ( Per C.K.S. Gunthorpe.)

Sasquatch Chronicles
Michael writes "Enjoy this documentary film as we journey on a cross country road trip that raises more deep questions than it provides answers.
Posted by Jon Downes at 5:00 AM No comments:

THE GONZO BLOG DOO-DAH MAN IS IN THE DRIVING SEAT

http://www.gonzomultimedia.co.uk/about.html
Today is Mother's 89th birthday, and she appears to be having a lovely time. She has asked me to thank everyone who has set their good wishes. This afternoon Charlotte comes over for the playthrough of OTT and later there will be cake and ice cream. I have just bitten the bullet and bought 1m 6f Gambusia affinis to be delivered on Friday. Iam extremely nervous, but very excited. I sincerely hope that the male will have already put his pair of retractable hemipenes to use and that the feales will be pregnant already. I am very nervous about having only one male.
Watch this space.
And for those of you who are interested in such things, the Gonzo Privacy Policy is here:
http://gonzo-multimedia.blogspot.com/p/privacy-policy-this-privacy-policy.html
And the CFZ Privacy Policy is here:
http://forteanzoology.blogspot.com/p/privacy-policy-this-privacy-policy.html
But for now, here is the news:
http://gonzo-multimedia.blogspot.com/2018/06/the-gonzo-track-of-day-james-brown-get.html
THE GONZO TRACK OF THE DAY: James Brown - Get up o...
http://gonzo-multimedia.blogspot.com/2018/06/thom-world-poet-daily-poem_13.html
THOM THE WORLD POET: The Daily Poem
http://gonzo-multimedia.blogspot.com/2018/06/gonzo-people-joan-james-aka-mother.html
GONZO PEOPLE: Joan James (aka Mother)
http://gonzo-multimedia.blogspot.com/2018/06/leonard-cohen-at-gonzo.html
LEONARD COHEN AT GONZO
http://gonzo-multimedia.blogspot.com/2018/06/rick-wakeman-in-news.html
RICK WAKEMAN IN THE NEWS
http://gonzo-multimedia.blogspot.com/2018/06/yes-news_11.html
YES NEWS
Gonzo Weekly #290
THE OVERNITE SENSATION ISSUE
http://www.gonzoweekly.com/
We continue to trawl the counterculture with this particularly groovy issue, in which Jon talks to Frank Zappa’s younger sister about her book, her brother and other things, Jeremy goes to see Wreckless Eric, Doug goes to see Echo and the Bunnymen, Alan goes to see Woody Pines, Graham riffs on Hawkwind, Jon writes about Nick Mason's Saucerful of Secrets, and there is loadsa other stuff as well ….
#Hail Eris!
And there are radio shows from Strange Fruit, AND Mack Maloney, AND Friday Night Progressive, there are columns from all sorts of folk including Neil Nixon, and Roy Weard, and C J Stone, and Mr Biffo and Kev Rowlands AND the irrepressible Corinna . There is also a collection of more news, reviews, views, interviews and tiger quolls who are havinga little snooze (OK, nothing to do with small dasyurids who are a little sleepy, but I got carried away with things that rhymed with OOOOS) than you can shake a stick at. And the best part is IT's ABSOLUTELY FREE!!!
This issue features:
Pink Floyd, Nick Mason, Ringo Starr, Jon Anderson, Damon Albarn, Prince, Yes, Morrissey, Strange Fruit, Mack Maloney's Mystery Hour, Jalaluddin Mansur Nuriddin, Marc Ogeret, Robert Maksymilian Brylewski (also known as. Afa and Robin Goldroker), Edward Harrington (aka Eddy Clearwater), Razan Ashraf Abdul Qadir al-Najjar, Sinan Sakic, Demba Nabé, Ralph Santolla, Brian Browne, Eliza Carthy, Kate Rusby, Rick Wakeman, Paice, Ashton & Lord, The Mitchell Trio, Patrice Zappa, Frank Zappa, Doug Harr, Echo and the Bunnymen, Alan Dearling, Woody Pines, Jeremy Smith, Wreckless Eric, Kev Rowland, Sex Dumpster, Soniq Theater, Soul Doubt, Umphrey's Mcgee, Usurpress, Voidhanger, Alghazanth, Animal Drive, Besvarjelsen, Chris Stone, Hawkwind, The Wild Colonial Boy, Martin Springett, The Durrells, Nick van der Leek
And the last few issues are:
Issue 289 (Misty in Roots)
http://www.flipsnack.com/9FE5CEE9E8C/gonzo288.html
Issue 288 (Paula Frazer)
http://www.flipsnack.com/9FE5CEE9E8C/gonzo288.html
Issue 287 (Boss Goodman)
http://www.flipsnack.com/9FE5CEE9E8C/gonzo287.html
Issue 286 (Monty Python)
http://www.flipsnack.com/9FE5CEE9E8C/gonzo286.html
Issue 285 (ELP)
http://www.flipsnack.com/9FE5CEE9E8C/gonzo285.html
Issue 284 (Straqngelove)
http://www.flipsnack.com/9FE5CEE9E8C/gonzo284.html
Issue 283 (Record Store Day)
http://www.flipsnack.com/9FE5CEE9E8C/gonzo283.html
Issue 282 (Neil Finn and Fleetwood Mac)
http://www.flipsnack.com/9FE5CEE9E8C/gonzo282.html
Issue 281 (Carl Palmer)
http://www.flipsnack.com/9FE5CEE9E8C/gonzo281.html
Issue 280 (Steve Andrews)
All issues from #70 can be downloaded at www.gonzoweekly.com if you prefer. If you have problems downloading, just email me and I will add you to the Gonzo Weekly dropbox. The first 69 issues are archived there as well. Information is power chaps, we have to share it!
You can download the magazine in pdf form HERE:
http://www.gonzoweekly.com/pdf/
SPECIAL NOTICE: If you, too, want to unleash the power of your inner rock journalist, and want to join a rapidly growing band of likewise minded weirdos please email me at jon@eclipse.co.uk The more the merrier really.
* The Gonzo Daily is a two way process. If you have any news or want to write for us, please contact me at jon@eclipse.co.uk. If you are an artist and want to showcase your work, or even just say hello please write to me at gonzo@cfz.org.uk. Please copy, paste and spread the word about this magazine as widely as possible. We need people to read us in order to grow, and as soon as it is viable we shall be invading more traditional magaziney areas. Join in the fun, spread the word, and maybe if we all chant loud enough we CAN stop it raining. See you tomorrow...
* The Gonzo Daily is - as the name implies - a daily online magazine (mostly) about artists connected to the Gonzo Multimedia group of companies. But it also has other stuff as and when the editor feels like it. The same team also do a weekly newsletter called - imaginatively - The Gonzo Weekly. Find out about it at this link: www.gonzo-multimedia.blogspot.co.uk
* We should probably mention here, that some of our posts are links to things we have found on the internet that we think are of interest. We are not responsible for spelling or factual errors in other people's websites. Honest guv!
* Jon Downes, the Editor of all these ventures (and several others) is an old hippy of 58 who - together with a Jack Russell called Archie, an infantile orange cat named after a song by Frank Zappa, and two half grown kittens, one totally coincidentally named after one of the Manson Family, purely because she squeaks, puts it all together from a converted potato shed in a tumbledown cottage deep in rural Devon which he shares with various fish. He is ably assisted by his lovely wife Corinna, his bulldog/boxer Prudence, his elderly mother-in-law, and a motley collection of social malcontents. Plus.. did we mention Archie and the Cats?
Posted by Jon Downes at 5:00 AM No comments: