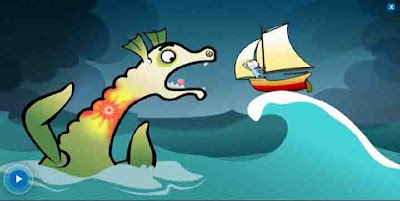 I don't know if this commercial has been shown in the UK, but Cepacol
has been using a rather fine animated sea serpent to sell throat
lozenges.

If readers would like to see the whole thing, it is at http://www.cepacol.com/ . Scroll down to "Watch our commercial".
Posted by Jon Downes at 9:04 PM 1 comment:

The Metro newspaper published the following story in its edition of February 7th 2012:

Terrified workers have refused to finish building two new reservoirs because they claim they are being menaced by mermaids. The long overdue projects are essential if Zimbabwe is to revive its failing agriculture sector but the men refuse to return to the sites near the towns of Gokwe and Mutare. `All the officers I have sent have vowed not to go back there`, said water resources minister Samuel Nkomo. `We even hired whites thinking that our boys did not want to work but they also returned ,` he added. The only way to solve the problem is to brew traditional beer and carry out rites to appease the spirits.`, he said (1)

P.S There is a video from 1999 titled Mermaid Pools in Zimbabwe but I don`t know if there is a connection to the story above
Posted by Jon Downes at 8:23 PM No comments:

Sea serpents explore Australia's scenic southern coastline ...
In the winter of 1935, sightings of sea serpents were reported right along the scenic coastline of western Victoria in Australia's chilly southern waters. Following a ...
Read on...
Posted by Jon Downes at 8:01 PM No comments:

On this day in 1967 Leonardo da Vinci’s Madrid Codices were rediscovered in the National Library of Spain.

In the renaissance everyone in Europe spoke with an American accent and bad lip-syncing:
http://www.youtube.com/watch?v=t29fjgvMOW8
Posted by Jon Downes at 2:14 PM No comments: 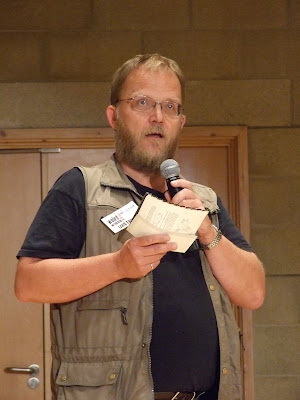 Our thoughts and prayers are with Lars at this terrible time.
Posted by Jon Downes at 1:47 PM No comments:

And a New addition on Cedar And Willow exploring the identities of The Legion of Super-Pets:

http://cedar-and-willow.blogspot.com/2012/02/supergirl-and-super-pets.html
Posted by Jon Downes at 1:19 PM No comments: