Today is a really peculiar one, because I really don't know what I am doing. It looks unlikely that we shall be going to Oakham, but that still may change. I have to admit that the idea of a trek across the country to take mother-in-law home is not something that fills my heart with glee today, (not the least because I enjoy her company). So we shall just have to wait and see what happens.

We have news of an interesting new side project for Rick Wakeman. However it seems that everyone else knew about this already but me, because even Wikipedia says: "In 2011, Wakeman, alongside Fiaba's drummer Bruno Rubino, has been recording and arranging the debut full-length studio album of the Italian singer Valentina Blanca." She is, by the way, jolly good.
http://gonzo-multimedia.blogspot.co.uk/2012/07/valentina-blanca-rick-wakeman-trailer.html

We have a new volume in the highly acclaimed 'Lost Broadcasts' series due out imminently. It features Stephen Stills and Manassas (who were such a bloody wonderful band) and I am using this as an excuse to post stories about Stills, and CSNY which is always a good thing to do.
http://gonzo-multimedia.blogspot.co.uk/2012/07/link-stephen-stills-crosby-stills-and.html

This is sooooooooo rock and roll. For the first time since I was very much younger and naive I wish that I lived in Los Angeles, if only so I could have gone along to this immensely wonderful launch thingy for Michael Des Barres' superlative new album 'Carnaby Street'. I may have said it before several times, but the album is so good you must buy it. Go on. I mean you. Yes, you lovely people...
http://gonzo-multimedia.blogspot.co.uk/2012/07/michael-des-barres-on-album-launch.html

Troy Donockley is an immensely interesting musician and composer. I have always loved the sound of the different Celtic pipes, but most people who play them do so within the traditional idiom. Troy, however, cross pollinates his music throughout various different genres to produce a unique brand of music. Today we post a link to a recent review of his latest album on Gonzo:
http://gonzo-multimedia.blogspot.co.uk/2012/07/link-troy-donockley-review.html

I am very fond of Wally. They were a great band back in the day and deserved to have a lot more success with their idiosyncratic brand of country tinged prog-rock than they actually did. They are still a fantastic band now, and it is good to see that reviewers like the author of this piece, agree with me.
http://gonzo-multimedia.blogspot.co.uk/2012/07/wally-great-review.html

What, I hear you exclaim. Another story on Helen McCookerybook? Well, yes in fact. As well as being a very talented lady, she is also a very interesting one ad does a lot of stuff, like appearing at a forthcoming academic conference lecturing about women in punk rock. That, by the way, is the secret of getting a lot of appearances in the pages of the Gonzo Daily. No, not necessarily lecturing about women in punk rock, but doing a lot of stuff. Artists who don't do a lot of stuff please note.
http://gonzo-multimedia.blogspot.co.uk/2012/07/helen-mccookerybook-eupop-conference.html

I am rather cross with the internet at the moment. As regular readers of these hallowed columns will probably remember, there is at present a Mimi Page remix contest going on. I would have liked to follow it, but for some reason the website on which it is hosted is only available to view if you are in the USA. Here is the link, and perhaps one of our US readers can pass on some of the salient points.
http://gonzo-multimedia.blogspot.co.uk/2012/07/mimi-page-for-us-readers-only-i-am.html

And that, boys and girls, is that for today. It looks like we shall not be going to Oakham for a week or so, and so I am here again tomorrow. Ta-ra
Posted by Jon Downes at 12:25 PM No comments:

On this day in 1937 Bill Cosby, star of the film 'Ghost Dad', where he played a ghost dad, was born.

The trailer for 'Ghost Dad' (a movie that does exactly what it says on the tin) : 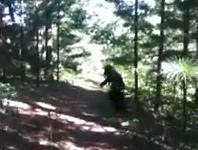 This latest footage, filmed on June 29, 2012, comes to us from Northern Michigan. The uploader and his friend Griff, while gathering fire logs caught on video a hairy bipedal creature, walking up from the trees from the hill crossing their path. According to the owner of this clip, the cabin they were staying at with their parents had a journal full of stories about howling being heard at night.
Read on...
Posted by Jon Downes at 10:38 AM No comments: 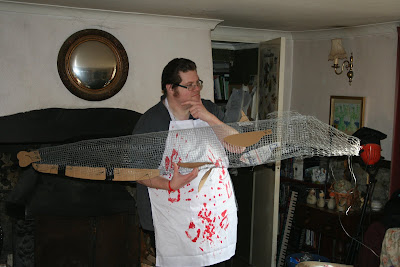 Happy Birthday mate.
Posted by Jon Downes at 10:31 AM 1 comment:

A new iPhone app has been released to help your hunt for Bigfoot. Legend Tracker, a new app available at iTunes, is an interactive geocaching game designed to bring visitors to Mission, BC businesses by assisting them as they search for local "legends." collecting gold coins and tools to help them along the way. The app is a combination of GPS, video game, and social media.

New on Cedar and Willow, beginning to get into the Grand Mad Scheme of things: Multiple Wonder Women and Multiple Captain Americashttp://cedar-and-willow.blogspot.com/2012/07/misses-america-and-wonder-women-golden.html

Next part of the Wonder Women series, for Lee Meriwether: important enough she deserved her own page:http://cedar-and-willow.blogspot.com/2012/07/misses-america-and-wonder-women-on-cusp.html

Next Update, necessary updates on the Captain America side of the equationhttp://cedar-and-willow.blogspot.com/2012/07/captain-americas-supplemental.html
Posted by Jon Downes at 10:10 AM No comments: