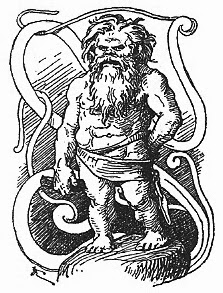 Cryptozoology News
FRESNO, Calif -- A retired police officer claims he saw 'Bigfoot' when camping with his family east of Fresno County. John, who says he has been a ...

A Bigfoot Was Shaking Trees Behind Les Stroud On Alaska Episode

Squatchable
A Bigfoot Was Shaking Trees Behind Les Stroud On Alaska Episode posted by ... He ranked the possible Bigfoot encounter as #6 on his top 10 list of ...
Posted by Jon Downes at 11:53 AM No comments:

FORTEAN BIRDS NEWS FROM THE WATCHER OF THE SKIES

"HO FOR THE HENS!" INTONES THE GONZO BLOG DOO-DAH MAN

www.gonzomultimedia.co.uk/about.html
Today is a weird day. Despite what those in power over us claim, the green shoots of recovery do not seem to be sprouting in the CFZ garden. Sadly also the costs of all sorts of things to do with manufacturing books have gone up, from postage to handling and although we are not a business, and despise the profit motive, we don't actually want to LOSE money so are forced to pass these costs on to our authors which is causing rumblings of discontent in some quarters. These rumblings are quite understandable, but there is nothing we can do about it, honest. I was also approached this morning by a local college about taking on a young nephew of mine as an apprentice. I would be happy to do this, but because he is over 19, it turns out that I have to pay twelve hundred quid for the privelige. It is getting harder and harder to be an anti-capitalist every day.
Several people in my extended family have big problems at the moment; no names, no packdrill, but in the last twenty four hours I have been talking to one young lady who is seriously physically ill, another who - after therapy - is going through absolutely vile pieces of realisation about her past, and another young person who is going through a complex period of re-evaluation. Join me in sending love and healing vibes to them all.
THOM THE WORLD POET: The Daily Poem
http://gonzo-multimedia.blogspot.co.uk/2015/01/thom-world-poet-daily-poem_20.html
GONZO TRACK OF THE DAY: Blodwyn Pig - Same old Story
http://gonzo-multimedia.blogspot.co.uk/2015/01/gonzo-track-of-day-blodwyn-pig-same-old.html
Steve Hillage: Italian review (not translated)
http://gonzo-multimedia.blogspot.co.uk/2015/01/steve-hillage-italian-review-not.html
YES: Three Bill Bruford videos which have just surfaced
http://gonzo-multimedia.blogspot.co.uk/2015/01/yes-three-bill-bruford-videos-which.html
Joey Molland This Way Up US review
http://gonzo-multimedia.blogspot.co.uk/2015/01/joey-molland-this-way-up-us-review.html
The Gonzo Weekly #113
www.gonzoweekly.com
Rick Wakeman, Jethro Tull, Renaissance, John Lennon, Jon Anderson, Yes, Hawkwind, and Daevid Allen fans had better look out!
The latest issue of Gonzo Weekly (#113) is available to read at www.gonzoweekly.com, and to download at http://www.gonzoweekly.com/pdf/. It has Rick Wakeman on the front cover and everything you will want to know about his new tour, Jon reviews a book which wonders what would have happened if John Lennon had left the Beatles back in 1960, we send Richard Stellar to a desert island, givce you the new Renaissance tour dates, and there are shows from the multi-talented Neil Nixon at Strange Fruit and from M Destiny at Friday Night Progressive, and the titular submarine dwellers are still lost at sea. There is also a collection of more news, reviews, views, interviews and antyichinuses looking for clues (OK, nothing to do with small marsupials playing at being Sherlock Holmes, but I got carried away with things that rhymed with OOOOS) than you can shake a stick at. And the best part is IT's ABSOLUTELY FREE!!!
Read the previous few issues of Gonzo Weekly:
Issue 113 (Rocket Scientists cover)
http://gonzo-multimedia.blogspot.com/2015/01/gonzo-weekly-112.html
Issue 111 (Mice on Stilts cover)
http://gonzo-multimedia.blogspot.com/2015/01/gonzo-weekly-111.html
Issue 109/10 (Yusuf/Stevie Wonder cover)
http://gonzo-multimedia.blogspot.com/2014/12/gonzo-weekly-10910.html


* Jon Downes, the Editor of all these ventures (and several others) is an old hippy of 55 who - together with an infantile orange cat named after a song by Frank Zappa puts it all together from a converted potato shed in a tumbledown cottage deep in rural Devon which he shares with various fish, and sometimes a small Indian frog. He is ably assisted by his lovely wife Corinna, his bulldog/boxer Prudence, his elderly mother-in-law, and a motley collection of social malcontents. Plus.. did we mention the infantile orange cat?
Posted by Jon Downes at 11:38 AM No comments:

ON THIS DAY IN 1265 - The first English parliament met in Westminster Hall.

AND TO WHISTLE WHILE YOU WORK... (Music that may have some relevance to items also on this page, or may just reflect my mood on the day)
Posted by Jon Downes at 1:41 AM No comments: