A REPORT ON THE RYEDALE AQUARIST SOCIETY OPEN SHOW 2012

On Sunday 9th September 2012 Ryedale held their annual Open Show in
The Memorial Hall at Old Malton. The show was split over the two halls - one for the auction, café and trade stands, the other, which was well lit, held the exhibits.

In all there were 40 classes including an unusual class for albino and xanthic (yellow) fish. Entries came in a steady pace at first then slowed down; the problem being congestion both in and out of York slowing cars coming into Malton. Show Secretary, David Marshall, thus extended the booking-in for a further 30 minutes to allow time for people who had phoned explaining they would be delayed to get their fish onto the bench.

The show was run to YAAS rules and standards with 3 YAAS Judges, Trish Jones, Kevin Webb & Trevor Douglas doing a sterling job assigning places. There were 164 entries from 16 exhibitors with more green cards, for the excellent quality of exhibits, given out today than at any other show, so far, in Yorkshire this year. These exhibitors travelled from various areas of the northeast, Cumbria and Yorkshire, all enjoying the day, mixing with each other and helping out.

With Ryedale members Frank Tolomeo and Richard Hebden putting everything together Steve Jones (European Anabantoid Club) conducted the auction with the likes of Bede Kerrigan (STAMPS) doing the running - as well as a stint selling raffle tickets with Miss Sophie Banks (OASIS). 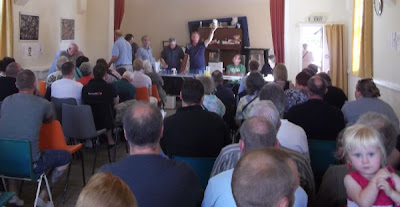 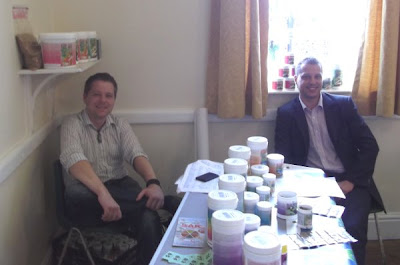 The ever-smiling Squama representatives with their stand.

The Guppy Section of the British Livebearer Association put on a small display stand.
Phil Blackburn had his Fishphilosophy trade stand and was selling a good range of fishkeeping accessories. Squama made their first appearance at a YAAS/TTAA event and were selling a selection of SAK foods (which are made in the Czech Republic)

Not only does Ryedale have the reputation of having one of the most friendly atmospheres of any Open Show but the small band of members (David, Sue, Henry, Ann, Frank and Richard) have the ability to put on show where everyone is willing to help, and which promotes a happy friendly atmosphere between different clubs and Federations. The Ryedale club must be congratulated on putting on another very enjoyable show. 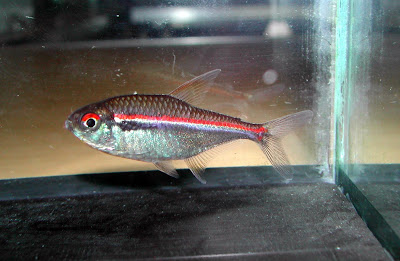 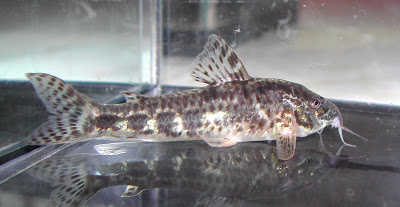 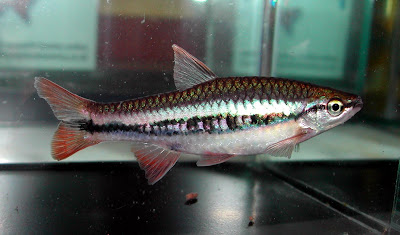 PLEASE SUPPORT THE PEOPLE WHO SUPPORT OUR HOBBY

THANK YOU TO THE FOLLOWING FOR THEIR KIND SUPPORT

‘BRITAIN AT WAR’ WORLD WAR II EXPERIENCE, LONDON
Posted by Jon Downes at 8:58 AM No comments:

Recently donated to us by the R.S.P.C.A and erroneously identified by them as a "house gecko" this little neotropical skink (Scincinae) was discovered by a family snuggling in their luggage on return from a holiday to Barbados.

The little malnourished "Skinklett" came in to us last friday (Fri 7th) in a plastic container with a few slices of apple, and is now happily gaining strength on its new, more sustainable, diet of mainly vitamin/calcium laced grade one locusts (gut loaded) and Reptojelly. 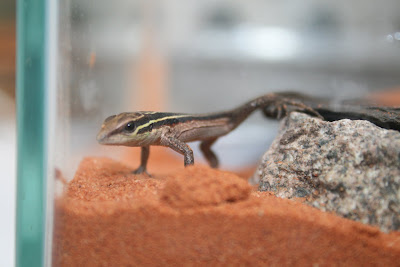 If anybody can be more specific with this species exact nomenclature please do comment. 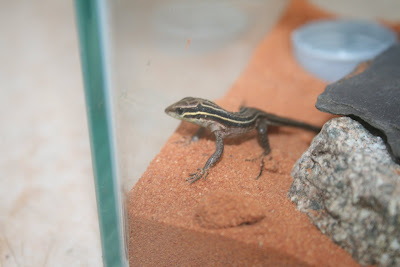