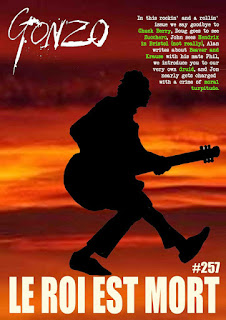 ON THIS DAY IN - 1026 - Conrad II was crowned Holy Roman Emperor by Pope John XIX.
And now some more recent news from the CFZ Newsdesk