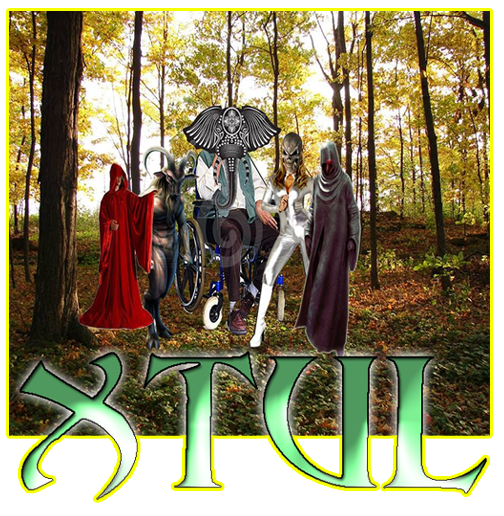 When my family first returned to North Devon in 1971 after an absence of nearly two decades, during which my parents fought gallant rearguard actions against the fall of the British Empire in Nigeria and Hong Kong, they quickly made friends with various members of the local gentry. In those days there was a remarkable range of minor aristocracy and interesting, though often impoverished, gentlefolk who lived in the area. Woolsery Manor, for example, which in later years was a hotel, then fell into disuse, and now as a derelict building has been bought by the bloke who started Bebo, was inhabited by the Count de St Quentin and his wife, a Swedish princess. They were very kind to me during my first year or two in the village, and encouraged me in my pursuits as an amateur naturalist, and wannabe poet.

They even had a private museum, which inspired me that one day I would have something similar of my own. It housed a remarkably arcane collection of disparate things including the foot of a mummified Egyptian priestess, and Marie Antoinette's christening slippers. I loved visiting them, and was very sad when they left the village for pastures new.

Here's Why Oklahoma Bigfoot Are Dangerous
Bigfoot Evidence - Blogger
Bigfoot are known for different traits from region to region. So why is it that bigfoot from Oklahoma are considered by a lot of people meaner than in ...

The Gonzo Weekly #123
www.gonzoweekly.com
Cream, Kansas, Jack Bruce, Eric Clapton, Ginger Baker, Viv Albertine, The Slits, Daevid Allen, Hawkwind, Jon Anderson, and Yes fans had better look out!
The latest issue of Gonzo Weekly (#123) is another bumper one at 92 pages and is available to read at www.gonzoweekly.com, and to download at http://www.gonzoweekly.com/pdf/. It has Cream  on the cover, and inside yours truly pontificates on the band's legacy while Tony Palmer remembers filming their farewell show back in 1968. Doug writes about proggers Kansas, and Jon critiques the new autobiography by Viv Albertine ofThe Slits. We look at just a few of the many tributes to Daevid Allen, and send the Gonzo Customer Service guy to a Desert Island. Neil Nixon reports on an even stranger album than usual, Wyrd goes avant garde, Xtul gets even more peculiar,  and there are radio shows from Strange Fruit and from M Destiny at Friday Night Progressive, and the titular submarine dwellers are still lost at sea, although I have been assured that they will hit land again soon. There is also a collection of more news, reviews, views, interviews and pademelons trying to choose (OK, nothing to do with small marsupials having difficulty in making choices, but I got carried away with things that rhymed with OOOOS) than you can shake a stick at. And the best part is IT's ABSOLUTELY FREE!!!
This issue features:
Cream, Ringo Starr, SXSW, Beastie Boys, Sonic Youth, Blur, Daevid Allen, James Murphy, Galahad, Strange Fruit, Friday Night Progressive, John Renbourn, Anthony Pero, Michael Porcaro, Bruce Crump, Jackie Trent, Tommy James, Mick Abrahams, Firemerchants, Dee Palmer, Atkins May Project, Wagner, Hawkwind, Karnataka, Paul Buff, Frank Zappa, Charli XCX, Garth Brooks,5 Seconds of Summer, Ed Sheeran, Tony Palmer, Kansas, Steve Lavelle, HaWkwind, Yes, Viv Albertine, Xtul, Fairport Convention, Belle and Sebastian,Neil Nixon, Alberto y Lost Trios Paranoias, Beatles,Rolling Stones, Michael Jackson, 1D, Elvis, Micky Dolenz, Tom Jones,  Golden Resurrection, Indicco, Myrath

ON THIS DAY IN 1776 - Abigail Adams wrote to her husband John that women were "determined to foment a rebellion" if the new Declaration of Independence failed to guarantee their rights.
And now some more recent news from the CFZ Newsdesk


AND TO WHISTLE WHILE YOU WORK... (Music that may have some relevance to items also on this page, or may just reflect my mood on the day - today chosen by Jessica)
Posted by Jon Downes at 1:03 AM 1 comment: