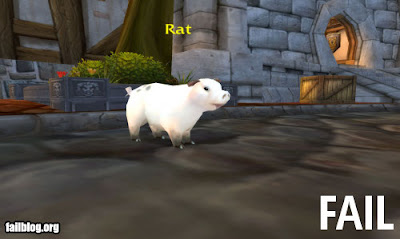 MUIRHEAD`S MYSTERIES: THE SAD SORRY SAGA OF THE SHARK IN CHEADLE PART ONE


Glen Vaudrey and myself are presenting a two-part blog on a spur-dog shark allegedly found in the Micker Brook area of Cheadle in July 1986 originally reported in the Manchester Evening News of July 24th 1986. In mid-January 2011 I visited Stockport`s (near Greater Manchester ) Local Studies Library and asked if they had a file of local natural history cuttings. Lo and behold, they did and this story of the errant spur dog shark proved to be my favourite. Sadly, as Glen will show you in Part Two, the whole story collapsed into disastrous falsity. I was always far far more credulous than Glen was about the veracity of this story.

Some people just didn`t believe it. But an expert from Manchester Museum has confirmed that the three-foot-long, 8lb fish they pulled from the Micker Brook – at least 35 miles salt water – is a spur-dog shark.

Said David, of Tarvin Road, Cheadle: “ We saw the fish going along with the current. Martin got in the water and flipped it out on to a sandbank with his foot.”

Martin, of Yew Tree Park Road, Cheadle Hulme, said: “ We thought it was alive – we weren`t sure- and that it could have been dangerous, so David hit it over the head.”(1)

Very soon after I first read this I contacted Jon and asked him if a bird ( not a robin,obviously!) could carry a fish weighing 8lb and Jon said no, increasing the likelihood in my mind that the shark had somehow got there by natural means, but Karl Shuker e-mailed me and said;

“ I`ve read a lot of reports of this nature. It was probably carried and dropped by a large predatory bird or even a large gull. (2)

A day before Karl contacted me, Mike Duddy of Salford Friendly Anglers communicated with me as follows:

“ Richard, you`ve set yourself a very interesting challenge! [in trying to find out more about the Cheadle shark-R] I`ve never heard of a dog shark in Micker Brook-though its now becoming a spawning site again for the recently returned Salmon population. With regards to the Irwell and surrounding rivers, the only strange/unusual fish sighted are those that have been washed out of ornamental ponds during periods of flooding, or which have been tipped into the river by people who no longer want the contents of their fish tank.

That said, I know for a fact that there are a couple of very large golden orfe swimming around in the Manchester Ship Canal, and also a 10lb+ lemon coloured Koi Carp- as I see them every year when the fish migrate upstream to spawn in the shallow water in Lower Broughton….

There is also a bright orange Koi Carp which resides in the River Irwell near Summerseat-again seen with my own eyes and not hearsay. However- the river in this area is very overgrown and I would doubt that I will ever see it again…Prior to the River Irwell being completely wiped out by pollution in the 1850s the river used to be the home of a special type of white fish locally called a graining (latin name – Leuciscus lancastrius). This species was a type of dace which was only found in the Mersey system. It no longer exists but can still be found in Switzerland. (3)


On January 22nd I received the following reply to a message of mine from our friend cryptozoologist and ichythologist François de Sarre:

Many thanks for sending me the spurdog story! I could good read it (sic)

I`m not sure that the fish was really alive, as it was caught by boys; and certainly it was not easy for a bird to pick it up, either alive or dead! Otherwise, it would not be impossible for a shark to swim up a river, even if I never heard of a spurdog in fresh water. In Mekong there are skates coming up from sea, and in East Africa (Victoria lake) there Carcharhinus leucas sharks coming from ocean.

“ I haven`t found anything about the shark yet, I have been trying to find reports of out of place sharks in fresh water and I have tracked down a picture of my brother with a dog fish he found it in a car park ! I am starting to wonder if they were being teleported…..” (5)

The next day later Glen filled me in on the geography of the Micker Brook area;

“ The Micker Brook appears just before Cheadle weaves through the town before joining the river Mersey, the Mersey itself joins the Manchester ship canal at Flixton Falls. Any chance of the shark heading up river to Cheadle highly unlikely, it would have had to have travelled along the Ship canal and even as recent as 1986 that was so polluted that the chances of of anything living in it would be slim and that`s before it has to leap up Flixton Falls. From reading the report there does seem to be little doubt that the fish was alive when caught so I am thinking that it was placed in the water up stream and gently floated down stream. (6)

This concludes Part One, in Part Two Glen will explain how the story was exposed as a hoax and why this is important for cryptozoologists.

IT MAY NEVER RAIN IN SOUTHERN CALIFORNIA, BUT IN TEXAS THERE IS SNOW IN REDFERN'S SWIMMING POOL 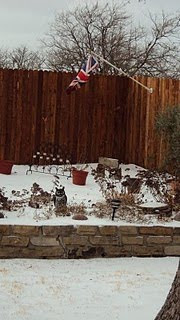 Since 1999, participants in these research excursions have been instrumental in our ability to collect crucial life history data on this endangered species. This year's participants will capture and tag iguanas alongside Shedd staff and also potentially witness breeding activity and nesting behavior. This species is the only iguana documented to deposit their eggs in termite mounds and this fascinating behavior has only been witnessed personally by a handful of people.

After a hard day's work, we will return to the R/V Coral Reef II, Shedd's comfortable research vessel, to enjoy a ship-cooked meal along with camaraderie and storytelling. Besides long days in the field, participants will also have opportunities to snorkel and swim, visit with local people, and travel to cays never before explored. This iguana research expedition is for anyone with a sense of adventure and a desire to make a difference for wildlife conservation. We've designed a field experience that is exciting, challenging, and entertaining while also safe, accessible, and meaningful. Shedd provides the expertise and equipment, but the volunteers provide the teamwork that makes the project possible.

For more information, please contact Nicole Pierson at iguanaresearch@sheddaquarium.org or view a brochure in PDF format at http://www.sheddaquarium.org/pdf/Iguana_Andros_2011.pdf
Posted by Jon Downes at 11:36 AM No comments:

Email ThisBlogThis!Share to TwitterShare to FacebookShare to Pinterest
Labels: expedition

On this day in 1869 the largest alluvial gold nugget, 'The Welcome Stranger', ever found was discovered in Moliagul, Victoria, Australia, by John Deason and Richard Oats. The nugget weighted 109.593 kg and was so big that it had to be split up three times before it would fit on any scales.
And now, the news:

Today's vaguely related video is 'as old as the internet' but there may well be some young whipper-snappers that haven't seen it as it was before their time, if this is your first time watching it be sure to keep watching to the end:
http://www.weebls-stuff.com/songs/badgers/
Posted by Jon Downes at 11:34 AM No comments:

KARL SHUKER IN SEARCH OF THE FEATHERS OF ANGELS

http://karlshuker.blogspot.com/2011/02/gabriels-feather-plume-from-wing-of.html
Posted by Jon Downes at 10:39 AM No comments: