The worldwide mystery cat phenomenon (or group of phenomena, if we are to be more accurate) is not JUST about cryptozoology. At its most basic level it is about the relationship between our species and various species of larger cat. That is why sometimes you will stories here that appear to have nothing to do with cryptozoology but have everything to do with human/big cat interaction. As committed Forteans, we believe that until we understand the nature of these interactions, we have no hope of understanding the truth that we are seeking.

Posted by Liv McCarthy at 5:44 PM No comments:

MYSTERY OF THE BARBADOS PIGS

When discovered, Barbados was uninhabited by humans - so where did its reported pigs come from? 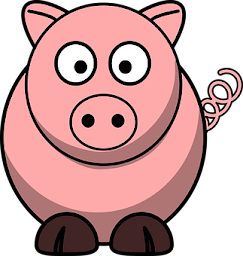 Now, we are doing the same for the BHM Study Group, curated by Glen Vaudrey and Nathan Jackson
Posted by Jon Downes at 11:25 AM No comments:

The hunt for Lake and Sea Monsters is probably the most iconic branch of Cryptozoology. Following our successful Mystery Cat and BHM Study Groups, we feel that these sightings should also be archived and published in a regular round-up of the stories as they come in. Curated by Sally Watts and Richard Muirhead
Posted by Jon Downes at 11:22 AM No comments:

THE GONZO BLOG DOO DAH MAN IS OVER THERE

ON THIS DAY IN - 1608 - John Smith was elected president of the Jamestown, VA colony council.