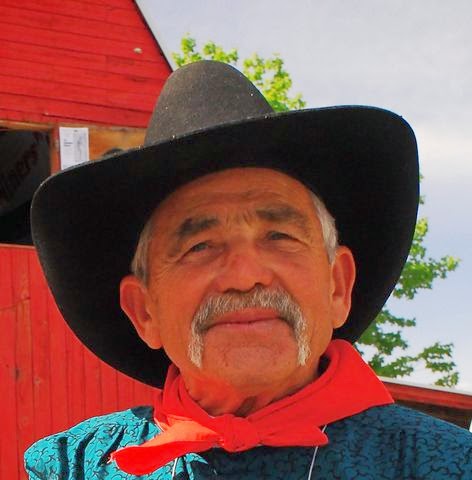 Due to the logistic problems of getting this interview with Bob, I had to ask the help of my friend Thom Cantrall. Thom is a very good friend of Bob's and has regularly scheduled lunches with him near Bob's home. The interview was actually videoed to insure accuracy and transcribed verbatim from Bob. In addition, the format is in a dialog form and I have included most excerpts from the discussion from both men as to add authenticity to the interview. Also, there are a few questions that have been changed or omitted simply because it was a live interview and with that, were asked by Thom as he saw fit. He either changed to help get a better clarification or some were just missed during the very interesting dialog.  I do think this interview was probably the most interesting interview I have seen Bob do and I hope all enjoy it. Thanks for the questions and again, apologies if your question was missed. I am sure we can do a follow up at another time.

Condolences to our dear friend Rebecca Lang at CFZ Australia on the loss of her cat Gypsy.

Our heartfelt thoughts are with you on this sad day.
Posted by Corinna at 12:42 PM No comments:

Bigfoot Evidence: Bigfoot? There's An App For That 2.0

blogspot.com
"TriSable is please to bring you "Sasquatch Bigfoot Calls" for your Android phone. This bigfoot app has information about squatches, calls for when

Bigfoot Evidence: This Patty Montage From M.K. Davis Is Catchy

blogspot.com
See Patty like you've never seen before in this special montage M.K. Davis at put together. Davis chose Lorde's Team as the theme song for the video.

blogspot.com
Derek Randles just released this statement regarding the Olympic Project Summer Expedition in Washington state. "There are still spots available for

Victoria News
Miller is perhaps best known for participating in the documentary, Bigfoot's Reflection. The duo also hosts a Sasquatch information booth in the

blogspot.com
Doug Frink wrote this awesome song on the ukulele, and delivers a special message to bigfoot. Check out the video below, and we included the lyrics

Bigfoot Evidence: Did you know there was a clip shot in Kentucky...

Bigfoot Evidence: Is This Proof Todd Standing is a Hoaxer?

blogspot.com
We caught this post over on Bigfoot Research News and then saw it again at the SquatchDetective's blog. We're not sure if there's a rational
Posted by Jon Downes at 12:15 PM No comments:

THE GONZO BLOG DOO-DAH MAN TOILS IN THE VINEYARD

www.gonzomultimedia.co.uk/about.html
Yesterday we made great headway in repairing the damage I did on monday. Over a third of what I deleted has now been reconstituted (if that is the right word, which it probably isn't). I have just heard the new Mike Oldfield album, and its great! Like millions of others I bought Tubular Bells back in 1973, and have vaguely followed his career ever since. This album, however, is a new direction. It is song based, and is basically a band with M Oldfield on guitar etc, rather than a showcase for his admitted talents. His gift for arranging is put to good use on a collection of clever, literate and eminently tuneful songs which jump out of the record and bite you on the bum! They occasionally stray into early King Crimson territory, which is no bad thing but are firmly in literate progpop territory. It is probably my favourite album of the year so far...and totally unexpected.
THOM THE WORLD POET: The Daily Poem
http://gonzo-multimedia.blogspot.com/2014/04/thom-world-poet-daily-poem_16.html
CELEBRATE JOHN MAYALL
http://gonzo-multimedia.blogspot.com/2014/04/celebrate-john-mayall.html
Fairport Convention, Pocklington Arts Centre
http://gonzo-multimedia.blogspot.com/2014/04/fairport-convention-pocklington-arts.html
Roll over Beethoven: It's all about Rick Wakeman's orchestral crossover
http://gonzo-multimedia.blogspot.com/2014/04/roll-over-beethoven-its-all-about-rick.html
GONZO TRACK OF THE DAY: Judge Smith: Weird Beard
http://gonzo-multimedia.blogspot.com/2014/04/gonzo-track-of-day-judge-smith-weird.html
MASTODON'S BRENT HINDS ON THE GENIUS OF FRANK ZAPPA
http://gonzo-multimedia.blogspot.com/2014/04/mastodons-brent-hinds-on-genius-of.html
The new issue of Gonzo Weekly is out now. It features - amongst other things - Julian Lennon, Clepsydra, Michael Des Barres, Sex Gang Children, Auburn, The Dalai lama, Keith Levene, The Psychedelic Warlords, Goldfrapp, Barbara Dickson, Auburn and the Dalai Lama, and more news, reviews, views, interviews and Gilbert's potoroos (OK, no ground dwelling marsupials that look like pointy nosed guinea pigs, but I got carried away with things that rhymed with OOOOS) than you can shake a stick at. And the best part is IT's ABSOLUTELY FREE!!!
Read it at http://forteanzoology.blogspot.com/2014/04/gonzo-weekly-73.html or http://www.gonzoweekly.com/
But I have an update for you all: The cover story is about the triumphant return of Swiss prog band Clepsydra last weekend. But look what I have found: If you look on YouTube there is actually some footage of last weekend's gig.
Read the last few issues of Gonzo Weekly:
Issue 72 (Judge Smith cover)
http://gonzo-multimedia.blogspot.com/2014/04/gonzo-weekly-72.html
Issue 71 (Andy Colquhoun cover)
http://forteanzoology.blogspot.com/2014/03/gonzo-weekly-71.html
Issue 70 (Tim Blake cover)
http://forteanzoology.blogspot.com/2014/03/gonzo-weekly-70.html
These issues (and the current one) can be downloaded at www.gonzoweekly.com if you prefer. If you have problems downloading, just email me and I will add you to the Gonzo Weekly dropbox. Information is power chaps, we have to share it!
To make sure that you don't miss your copy of future issues make an old hippy a happy chappy and subscribe
http://eepurl.com/r-VTD
*  The Gonzo Daily is a two way process. If you have any news or want to write for us, please contact me at  jon@eclipse.co.uk. If you are an artist and want to showcase your work, or even just say hello please write to me at gonzo@cfz.org.uk. Please copy, paste and spread the word about this magazine as widely as possible. We need people to read us in order to grow, and as soon as it is viable we shall be invading more traditional magaziney areas. Join in the fun, spread the word, and maybe if we all chant loud enough we CAN stop it raining. See you tomorrow...

*  Jon Downes, the Editor of all these ventures (and several others) is an old hippy of 54 who - together with an orange kitten named after a song by Frank Zappa puts it all together from a converted potato shed in a tumbledown cottage deep in rural Devon which he shares with various fish, and sometimes a small Indian frog. He is ably assisted by his lovely wife Corinna, his bulldog/boxer Prudence, his elderly mother-in-law, and a motley collection of social malcontents. Plus.. did we mention the orange kitten?
Posted by Jon Downes at 12:04 PM No comments:

On this day in 1921 the actor Peter Ustinov was born. Ustinov Stared in many classic films including Logan's Run, Spartacus and One of our Dinosaurs is Missing.
And now the news:


The trailer for Ustinov's greatest film: