Imagine the scene: it’s 1972 and two young boys, playing in their back-garden in the old northern England town of Hexham, unearth a pair of creepy-looking stone heads. Believed by some to have ancient Celtic origins, the heads seemingly provoke a wide and unsettling range of paranormal phenomena, including the manifestation of a bizarre beast in the area. Then, when an expert in Celtic history gets involved in the saga, a monstrous werewolf-like creature materializes in her home in the dead of night. Over time, the heads provoke yet more mystery and mayhem, finally vanishing under strange circumstances, but never forgotten by those obsessed with, and intrigued by, such terrible things.

Sounds like the perfect plot for one of those old, classic Hammer Films of the 1960s, right? Yep! Except this story is all too real. At least, parts of it are. The brief summary I have described above represents a very broad outline of what has generally been accepted about what have notoriously become known as the Hexham Heads. But, now, thanks to the sterling research and writing of Paul Screeton, we finally have the full story of what really happened. Or, at least, as full a story as we’re ever likely to get after forty years.


In his new 260-page book on the subject – Quest for the Hexham Heads, published by CFZ Press – Paul, who has had a deep interest in the affair since the 1970s, sets off determined to finally lay the matter to rest, once and for all. And, I have to say, he does a damned fine job!

It’s important to note that as well as being a Fortean (and the author of one of the funniest books I have ever read, Mars Bar and Mushy Peas), Paul is also a journalist of many years. Decades, actually. And, he applies every journalistic tactic and trick of the trade to get the answers he seeks. Written with clarity and wit, and soaked in eerie, macabre atmosphere, Quest for the Hexham Heads is somewhat of a road-trip (for both Paul and us, the readers) that takes us back to the dawn of British culture, and right up to the modern day. And not forgetting numerous places, and times, in between, particularly the early-to-mid 1970s.
And in doing so, Paul  crafts what is, for me anyway, the best Fortean-themed book of 2012. It’s one that should not only be considered required reading for anyone with an interest in the supernatural mysteries of our world and what makes people tick, but on a par with John Keel’s classic, The Mothman Prophecies – also, of course, a book focusing on deeply strange events and a memorable cast of characters in a small town.

While Quest for the Hexham Heads is obviously a deep study of the notorious heads themselves, it’s also a book that is very much about the players in the saga. Paul, again using the approach of a seasoned journo, realizes that where there’s a weird story, there’s usually a high degree of interesting people, too. And we get to meet them all. Or most of them anyway.

We’re introduced to the two lads who found the heads (one of who, now in his early 50s, agrees to an extensive interview, which makes for fascinating and eye-opening reading); we’re treated to the story of how the media got involved in covering the story, which, as a result escalated and altered; and we’re exposed to the way in which even the neighbors began to suffer from what many believe to have been the paranormal influence of the terrible heads. And that’s just the beginning.

This is shaping up to be a very strange time - Corinna has hurt her eye (how we don't know), and this morning just as I settled down to start the day there was a God Almighty crash in the sitting room as a large flat stone fell out of the chimney. The house was built in 1805, and I suppose one should expect wear and tear, but it was not a nice surprise. Bob Skinner, by the way, points out that Matt and Emma's rescued frog is actually a toad, but it was still in need of rescuing so they are still bona fide good Samaritans. As the late, great Joan Aitken once wrote:

"The Samaritans came in two by two,
and paused to bandage the kangaroo"...

Corinna, Dave B-P, Jess and I will be off to Southampton on tuesday to see (and do stuff with) Jefferson Starship, and our friends Auburn who are the support act. Mother and Graham will be running the circus in our absence...

A letter from Chris Thompson (wot I pinched from his official website)
http://gonzo-multimedia.blogspot.com/2012/10/a-new-letter-from-chris-thompson.html

There is a lot of exitement about the current Jefferson Starship tour on which Auburn are guesting. There are the first two reviews of Edinburgh the other night,,,
http://gonzo-multimedia.blogspot.com/2012/10/link-jefferson-starship-queens-hall.html
http://gonzo-multimedia.blogspot.com/2012/10/link-jefferson-starship-queens-hall_12.html

There is a lot of interest in Jeff Lynne at the moment with a slew of retrospective documentaries and a new album featuring his re-recordings of classic ELO tunes. The Gonzo Lost Broadcasts dvd of The Move, therefore came out at just the right time says this reviewer who opens up with such a dreadful pun that I wish it had been me who had written it. (BTW we will be critiquing the BBC documentary about Jeff Lynne in a day or two)
http://gonzo-multimedia.blogspot.com/2012/10/link-review-of-lost-broadcasts-dvd-by.html

EXCLUSIVE: Well, as regular readers will be aware, Jefferson Starship are currently on tour with Auburn as support act. And as regular readers will also be aware, I have a very soft spot for Auburn, and so I have been keeping in touch with the lovely Liz who is giving the Gonzo Daily exclusive backstage reports from the tour...
http://gonzo-multimedia.blogspot.com/2012/10/exclusive-liz-lenten-is-on-road-with.html

Our daily visit to Thom the World Poet for another of his thought-provoking writings.
http://gonzo-multimedia.blogspot.com/2012/10/thom-world-poet-daily-poem_12.html

EXCLUSIVE: Here is the second part of my recent chat with Michael Des Barres in which we discuss his plans for the future, his next album, a docmentary film being made about him, and why rock and roll is so bloody important. More tomorrow.
http://gonzo-multimedia.blogspot.com/2012/10/exclusive-interview-michael-des-barres_12.html


The Gonzo Daily is a two way process. If you have any news or want to write for us, please contact me at jon@eclipse.co.uk. If you are an artist and want to showcase your work, or even just say hello please write to me at gonzo@cfz.org.uk. Please copy, paste and spread the word about this magazine as widely as possible. We need people to read us in order to grow, and as soon as it is viable we shall be invading more traditional magaziney areas. Join in the fun, spread the word, and maybe if we all chant loud enough we CAN stop it raining. See you tomorrow...

The Gonzo Daily is - as the name implies - a daily online magazine (mostly) about artists connected to the Gonzo Multimedia group of companies. But it also has other stuff as and when the editor feels like it. The Editor is an old hippy of 53 who - together with his orange cat - puts it all together from a converted potato shed in a tumbledown cottage deep in rural Devon. He is ably assisted by his lovely wife Corinna, his bulldog/boxer Prudence, and a motley collection of social malcontents. Plus.. did we mention the orange cat?
Posted by Jon Downes at 1:33 PM No comments: 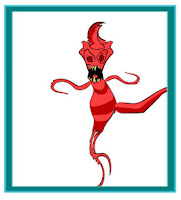 A bizarre assassination threat involving a horse, lard, and a sex toy is the latest email scam.
Spammers are always looking for new ways to get victims to respond to them and part with their money.

Most of us have been notified we have won the lottery or that an African dictator’s assistant wants to transfer millions to our account. Now an email from a supposed hitman threatens to arrange a strange sex-related death with a horse called Henry unless he is contacted.

Urban Schrott, IT security and cybercrime analyst with internet security company ESET Ireland, has the full text of the spam entitled "Your Life is in Danger". The spammer writes: "As I sit here sipping a martini it is my regretful duty to inform you that you have been selected for assassination."

He also claims to be a professional assassin and encloses his certificate of assassination as proof.

"SMERSH have contacted me to assassinate you and have specifically paid extra for a particularly nasty death which makes it look like you died in a particularly bizarre sex game gone wrong," the email continues.