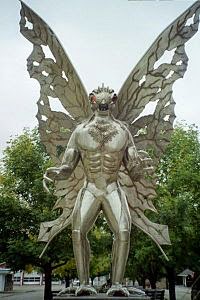 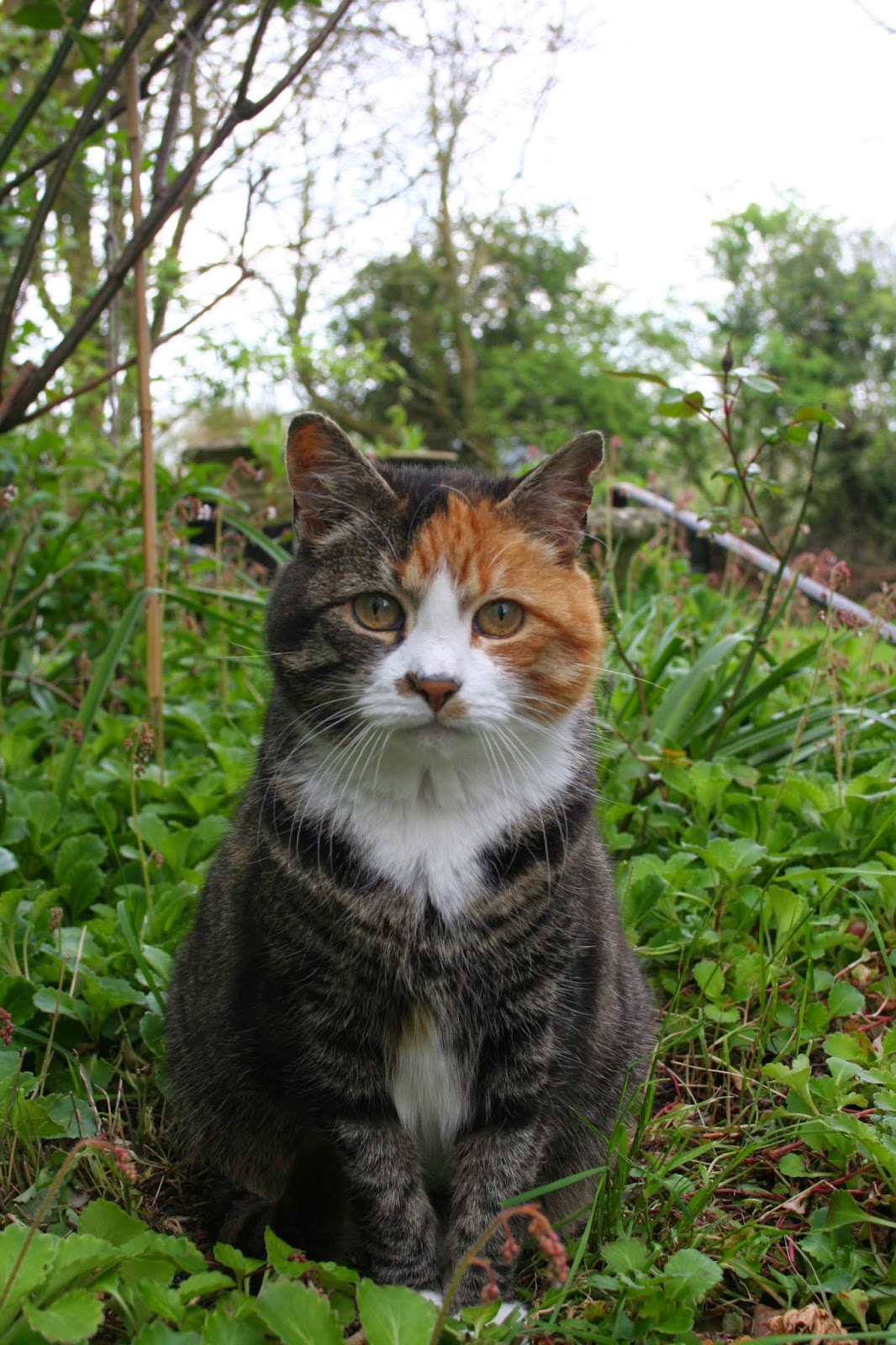 Happy Birthday to her and to her late and much missed brother, Spider.  No doubt she will spend her day with a casual stroll around the garden, and an undefinable amount of time staring out of the window or sleeping in her box, and perhaps will enjoy something nice for tea.


"But when the day's hustle and bustle is done,

Then the Gumbie Cat's work is but hardly begun.
And when all the family's in bed and asleep,
She tucks up her skirts to the basement to creep.
She is deeply concerned with the ways of the mice--
Their behaviour's not good and their manners not nice;
So when she has got them lined up on the matting,
She teaches them music, crocheting and tatting."
T.S. Eliot
Posted by Corinna at 1:57 PM No comments:

Before It's News
The following guest article is by Rupert Matthews, author of the book Bigfoot and Other Mysterious Creatures. —————–. Early Bigfoot Tales

Capture or Kill a Bigfoot by Rick Dyer
GoFundMe
... is a dead/captured Bigfoot. We have put together a team of full time Bigfoot enthusiasts lead by the only man that has every killed one "Rick Dyer

Bigfoot Sightings: Skater Voyeur and Snohomish Sasquatch
Skeptoid
Every once in awhile there's a Bigfoot sighting, and once there are a handful of them to mock — I mean scrutinize — I like to tie them all up into a blog ...

Is this Bigfoot's footprint? Men discover evidence of mysterious six-foot-tall creature in Mississippi ...
Trunews
A large footprint unlike one from a human or bear has been found in the woods in Mississippi – raising suggestions that the creature it belongs to is ...

www.gonzomultimedia.co.uk/about.html
Before we go any further, I have been informed by my legal advisor (Corinna) that I am not allowed to use the words unctious, smarmy or egregious in this next paragraph. And I nearly always do what my wife tells me.
I am very proud to have been involved, albeit in a very minor capacity, in Hawkwind's campaigning against the badger cull, but although it has largely been a success - the cull in most of the UK is on hold, the killings (of reduced numbers) are starting again in Somerset and Gloucestershire.
There has been a lot of speculation about the reasoning behind the latest round of government sponsored badger culls which are being carried out despite the vast weight of evidence suggesting that they are cruel, expensive and pointless. Dan Holdsworth, who has in the past been vocal in support of the cull writes: "The EU's Veterinary Health department has recently spoken to the UK government, instructing them to do something about bovine TB levels. As any keep fan of "Yes Minister" can tell you, something clearly must be done. This is something, so by the orders of Sir Humphrey, this must be done..." If all the research papers are WRONG and badgers are indeed the primary reservoir of bTB in the countryside, then the numbers of badgers to be killed this year will make no appreciable difference.
So what is behind this latest waste of mustelid life and public money? There is a General Election next year, and already I can hear the Party Political Broadcasts claiming "We are a Nation of Animals Lovers, but Government is about taking difficult decisions, and we decided to do just that in order to save our great farming indiustry whch is the backbone of the countryside. Rule Britannia etc". It is cheap electioneering and nothing more or less. Either that or those set in power over us are even more stupid than they appear to be.
GONZO TRACK OF THE DAY: Lee Griffiths - Astronaut
http://gonzo-multimedia.blogspot.com/2014/09/gonzo-track-of-day-lee-griffiths.html
Makeup show planned after rain cuts short Deauvill...
http://gonzo-multimedia.blogspot.com/2014/09/makeup-show-planned-after-rain-cuts.html
Yes performing at Hard Rock Hotel
http://gonzo-multimedia.blogspot.co.uk/2014/09/yes-performing-at-hard-rock-hotel.html
EPISODE SIX REVISITED
http://gonzo-multimedia.blogspot.com/2014/09/yes-performing-at-hard-rock-hotel.html
THOM THE WORLD POET: The Daily Poem
http://gonzo-multimedia.blogspot.com/2014/09/thom-world-poet-daily-poem_2.html
Hawkwind, Pink Fairies and Kate Bush Fans, and students of the British Underground had better look out! The latest issue of Gonzo Weekly (#93) is available to read at www.gonzoweekly.com, and to download at http://www.gonzoweekly.com/pdf/.
It has the lovely Jaki Windmill, the chanteuse of The Pink Fairies, (and all sorts of other things) on the cover. Hawkwind fans should check out the news of a charity auction of Bob Calvert memorabilia, and Doug Harr was there in the audience when Kate Bush played live on Friday evening. Dean Phillips revisits the events of 40 years ago when Wally Hope and the other Wallies of Wiltshire appeared in the High Court, with an amazing collection of pictures and clippings from the time, nearly all of which I had never seen before. There are also new shows from the wonderfully eccentric Jaki and Tim on their Submarine, from the multi-talented Neil Nixon at Strange Fruit and from M Destiny at Friday Night Progressive. There is also a collection of more news, reviews, views, interviews and ursine tree kangaroos (OK, no weird arboreal marsupials from New Guinea, but I got carried away with things that rhymed with OOOOS) than you can shake a stick at. And the best part is IT's ABSOLUTELY FREE!!!
Read the previous few issues of Gonzo Weekly:
Issue 92 (Weird Weekend cover)
http://gonzo-multimedia.blogspot.com/2014/08/gonzo-weekly-92.html
Issue 91 (Galahad cover)
http://gonzo-multimedia.blogspot.com/2014/08/gonzo-weekly-91.html
Issue 90 (Steve Bolton cover)
http://gonzo-multimedia.blogspot.com/2014/08/gonzo-weekly-90.html

*  Jon Downes, the Editor of all these ventures (and several others) is an old hippy of 54 who - together with an orange kitten named after a song by Frank Zappa puts it all together from a converted potato shed in a tumbledown cottage deep in rural Devon which he shares with various fish, and sometimes a small Indian frog. He is ably assisted by his lovely wife Corinna, his bulldog/boxer Prudence, his elderly mother-in-law, and a motley collection of social malcontents. Plus.. did we mention the orange kitten?
Posted by Jon Downes at 12:03 PM No comments:

ON THIS DAY IN 31 B.C. - The Roman leader Octavian defeated the alliance of Mark Antony and Cleopatra. Octavian, as Augustus Caesar, became the first Roman emperor.

Posted by Jon Downes at 6:04 AM No comments: