Check Out These Multiple Bigfoot Encounters in Alaska

Bigfoot Evidence ⋅ Matt K.
There are a lot of areas that remain wild and undeveloped by mankind. Areas where bigfoot can thrive and remain unnoticed. Alaska is one of those

Bigfoot Evidence - Blogger
Daniel Perez is one of the leading scholars of bigfootery. Founder of the Center for Bigfoot Studies, and creator of the Bigfoot Times newsletter, Perez ...

Check This Out: Canadian Man Observes a Bigfoot for Hours While Cutting Wood
Bigfoot Evidence - Blogger
This is an interview with Archie Motkaluk, a Winnipeg man who claims to have observed a bigfoot creature for hours while he was out cutting wood

BFRO Captures Possible Bigfoot Audio in Texas
Bigfoot Evidence - Blogger
The Bigfoot Field Researchers Organization recently held an expedition in the Lone Star state of Texas. They believe they may have captured some ...

Fred Kanney's Latest Bigfoot Outing
Bigfoot Research News
Fred Kanney is hot on the trail of Bigfoot. In this video he is out in the woods of Virginia and discovers some fresh tree breaks which he thinks
Posted by Jon Downes at 1:14 PM No comments:

The chough: RSPB survey into one of Scotland's rar...

THE GONZO BLOG DOO-DAH MAN IS BETTER THAN USUAL

www.gonzomultimedia.co.uk/about.html
And the rains came down. Saskia arrived late, most disgruntled because she had to stand out in the rain waiting for the bus which had been delayed for some unknown reason. To add insult to injury, when the bus did eventually arrive, the driver made the waiting passengers stay out in the rain some more whilst he went into the public lood opposite to (presumably) answer a call of nature. I say presumably because, theoretically there are all sorts of things he could have been doing, like having a crafty fag! So in the end, Sas was twenty minutes late and bristling with cold anger. Teenagers are scary anyway, but hell truly hath no fury like a 17 year old girl who feels that she has been rained upon unnecessarily! 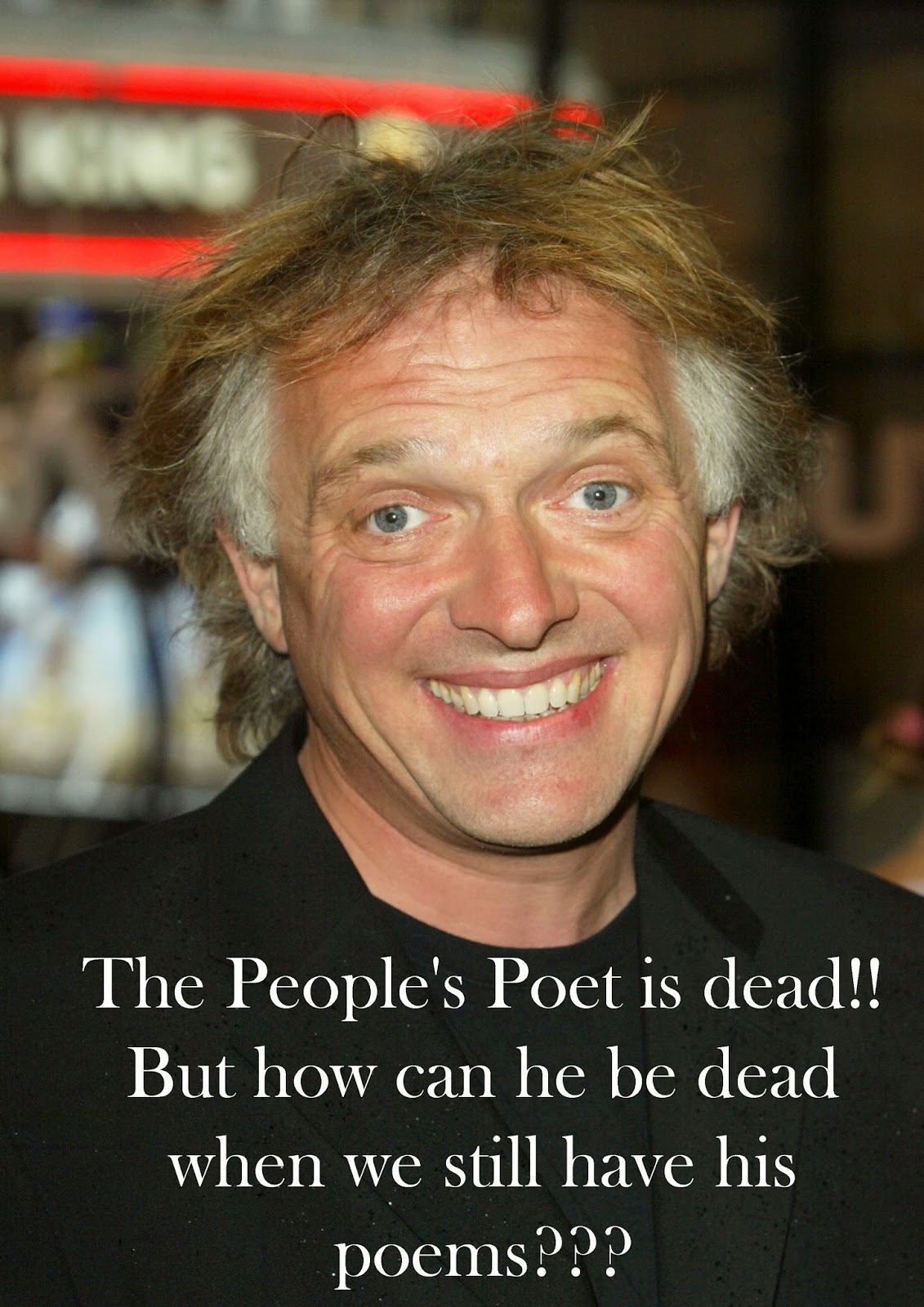 ALTERNATIVE COMEDY SPAWNED MUCH IN THE 1980s-
clubs led to stage led to TV series led to
cartoons and puppet shows
One of the gifted writers of this seminal time
was Rik Mayall
His character of THE POET  was a seed for a future caricature
as part of THE YOUNG ONES
whose demographics matched four generations of young Britons
This was the age of Thatcher /Spitting Image and absurd violent surreality
Falklands War and patriotic jingoism against squats and Beanfield Battles@Stonehenge
We watched all this long distance via
VHS and BBC repeats
Then BOTTOM ,
and his sendup of a Tory Lord  -
Voltaire would be proud!
It is 1984.The first Young Ones 1981.
Ben Elton holds the original pilot script
We hold Rik Mayall in esteem—for taking us to truth via wit.
Never forget his parting comments-
"Well-surely you do not expect a COMEDIAN to solve your problems?"
And we did.
Thom the World Poet

‘There were times when Rik and I were writing together when we almost died laughing. They were some of the most carefree stupid days I ever had, and I feel privileged to have shared them with him. And now he’s died for real. Without me. Selfish bastard.’
Adrian Edmondson

Yesterday comedy lost one of it's greatest ever stars, well before his time. Rest in peace Rik Mayall.
And now the news:

Flash by name, flash by nature:
https://www.youtube.com/watch?v=aKfbSHW9uGA
Posted by Jon Downes at 9:12 AM No comments: