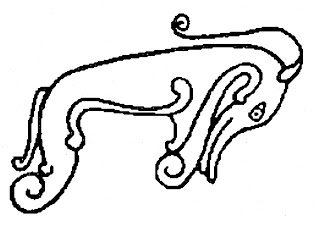 Posted by Andrew May at 6:01 PM No comments:

Posted by Jon Downes at 1:14 AM No comments:

LiveLeak.com
LOCH NESS - Apple Maps may have been designed for giving directions, but according to Loch Ness Monster enthusiasts, the app is also useful for ...
Posted by Jon Downes at 1:13 AM No comments:

Dad Scares The Crap Out Of Kids Bigfoot Prank (Video)
Before It's News
Not that we would ever condone doing this, but watch this dad scare the crap out of his kids with this bigfoot prank. We're going to guess they won't ...

Man Films 'Bigfoot' in Kentucky Woods
Paranormalis
A man released a video on Friday containing what he calls a Bigfoot in an undisclosed wooded area of Kentucky. Kirk Stokes, who has been sharing...

Possible Bigfoot Track Line, Gifting & A Strange Orange Story with Barb & Gabby
Squatchable
I've been waiting for Bigfoot tracks in the snow, since last winter. Well ... LIKE Bigfoot Evidence on Facebook for the latest Bigfoot sightings and reports ...

ThinkerThunker Examines "Most Impressive Bigfoot Ever" (Video)
Before It's News
Here it is folks. The breakdown from ThinkThunker you've been waiting for. He says it can't possibly be CGI and if you think it's CGI good luck trying to ...

Police Officer Claims This Is A Photo Of Bigfoot
Before It's News
A tabloid website posted the above image with the news story that a police officer took the photo of what he claims was a bigfoot in a city park. Bigfoot ...

Biologist Says “Bigfoot Fell On My Tent” (Video)
Before It's News
John Mionczynski is a well known bigfoot researcher and biologist. In 2014, John did the following interview on the Bigfoot Tonight Show, with hosts ...

Real Stories Of Bigfoot In This Indie Documentary (Video)
Before It's News
With the help of another fellow veteran bigfooter, Esther Schritter, Jay produced this indie documentary highlighting true bigfoot stories from ...

Red Bigfoot Caught By Cameraman In Leominster, Massachusetts
Before It's News
Nv Tv has reposted a video from the other day supposedly showing a reddish colored bigfoot creature running away from a person taking video of the ...

Alabama Bigfoot Don't Care Too Much For Dogs Supposedly (Video)
Before It's News
The Alabama Bigfoot Society has been hitting it out of the park lately with their Bigfoot stories. This one is about Bigfoots and dogs. It's a great story if ...

ON THIS DAY IN 1812 - Moscow was set on fire by Russians after Napoleon Bonaparte's troops invaded.
And now some more recent news from the CFZ Newsdesk