For those of you interested in the Heywood Monkey Town Parade, there is still just over a month to pay a visit to our collection of gorillas. Here is a helpful map, courtesy of events organisers and disability charity PossAbilities: 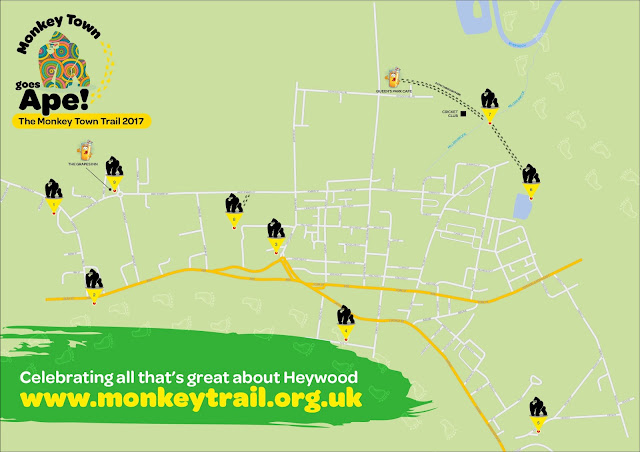 OH WHERE, OH WHERE, HAS THE GONZO BLOG DOO-DAH MAN GONE? OH WHERE OH WHERE CAN HE BE?

Influence with Aquinas
He famous it was round 10-feet-long and reminded him of the legendary Loch Ness monster. No photographs have been taken of the creature ...
Posted by Jon Downes at 1:04 PM No comments:

Gloucester Daily Times
But Gloucester's Sea Serpent, as visitors to the Cape Ann Museum will learn ... Anderson, who believes in the Gloucester Sea Serpent, is not alone.
Posted by Jon Downes at 1:01 PM No comments:

'Bigfoot' Spotted Near a Country Market in NC?

WFMY News 2
A 7-foot tall half-man, half-ape monster called Bigfoot appears to be ... WBTV did a little digging and found out, of course, it's not the real Bigfoot, but ...
Posted by Jon Downes at 12:44 PM No comments:

ON THIS DAY IN - 1941 6,000 Lithuanian Jews are exterminated at Viszalsyan Camp
And now some more recent news from the CFZ Newsdesk