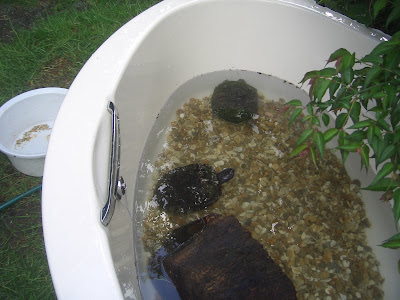 This may look like an old corner bath that we picked up for fifteen quid from the recycling centre, indeed that is exactly what it is, but it is also the new, improved, summer accomodation for Gladys and Cuthbert.

As regular CFZ afficianados will be aware, Gladys and Cuthbert are two large turtles that were donated to us by Darren Naish's boss back in the days when Darren was still a PhD student. 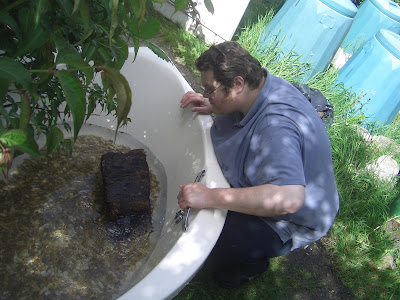 since the Teenage Mutant Ninja Turtles craze of nearly 20 years ago, has become a relatively common sight in British waterways. The film and spinoffs were unaccountably popular with the younger generation (who are now in their mid-30s) and many of these nice little reptiles were purchased as pets, and then released into the wild when they got too big.

Cuthbert, however, is another matter. He is a completely unknown species of emydid, and as far as we are aware he is the only one in captivity.

Now they have a swish new pond. We 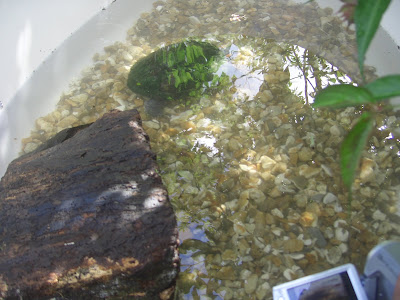 saw the bath at the recycling centre weeks ago but couldn't find a way to get it back to the ranch, until someone pointed out that Dave B-P my dear nephew is not only learning to drive, but has a van in which to do it.

All we had to do was to provide a qualified driver to ride shotgun, and the rest was history!