LOCH NESS MONSTER Vs THE CAST OF ALLO ALLO 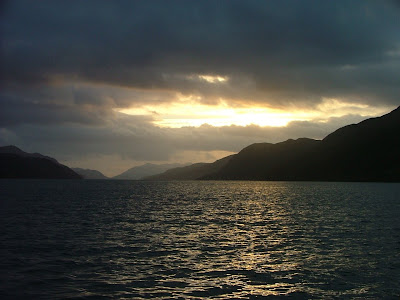 The cast of the stage version of Allo Allo which I have to admit to having always found mildly irritating as a TV programme, have had an encounter with the Loch Ness Monster.

Or at least that's what their publicist says:

The crew of the Jacobite Queen witnessed highly unusual readings on the ship's sonar screen, somewhere between Dores and Urquhart Castle.
According to captain John Askew, it was the first-time in his 15-years working on the loch that he successfully picked up images of this 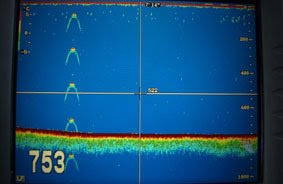 kind on any of the Jacobite fleet's sonar screens. The images have now been sent for scientific analysis.

An expert in sonar who has been studying Loch Ness since 1973 couldn't explain the sighting.

"This has got me puzzled and has every appearance of a genuine sonar contact," said Adrian Shine, of The Loch Ness Project.

"The fact there's five items on the screen can be explained, as a single object often appears again as an echo. This certainly adds to the Loch Ness mystery and will be the subject of further investigation."

This is only the second LNM encounter of the year of which I am aware, and the big question has to be "Is it True?" We have already seen several instances this year of cryptozoology, or at least quasi-cryptozoology being used as an advertising medium, and one wonders whether this is another case of that. The stage version of the unfunny sitcom was showing at the Eden Court theatre in Inverness, when the cast conveniently decided 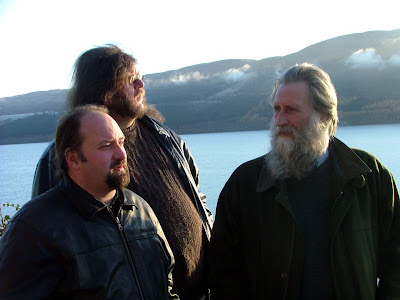 to take a day out on the Loch.

However, it is hard to imagine that a researcher with the reputation of Adrian Shine (pictured left with Richard and me at Loch Ness in November 2005) conniving in such chicanery, so either he has had the wool pulled over his eyes (and he is a wily old bird, and I personally think that unlikely) or the encounter is a genuine one.

This proves the point once again that one does not have to be culturally significant in order to see monsters...

Sorry if this is off topic but I’m thinking of buying this book. Curious if anyone’s has checked out the new book “Hell’s Aquarium” by Steve Alten? It’s about the ancient prehistoric shark Megalodon, which makes the current Great White Shark look like a gold fish. Check out the trailer below, pretty awesome: