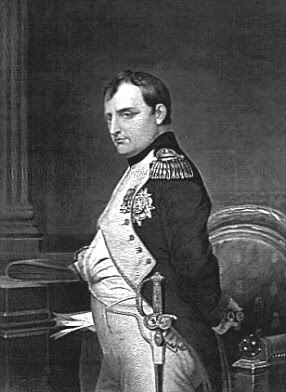 Napoleon Bonaparte, a figure well known to historians, was unable to mount his horse at the Battle of Waterloo (1815). The reason: piles.

I understand our gallant leader, Jonathan Downes, is similarly afflicted. One would think with such an ailment he could put his troubles behind him, but this is perhaps an a posteriori idea. However, as he shares a condition with such a notable historical personage, perhaps he should now be entitled to being called the Napoleon of Cryptozoology.

EDITOR'S NOTE: Mr Coghlan, you are an evil man. Actually I always thought Richard F. looked a little like Napoleon, but that is another story. In the meantime I recommend this factual book about the historical period in question.