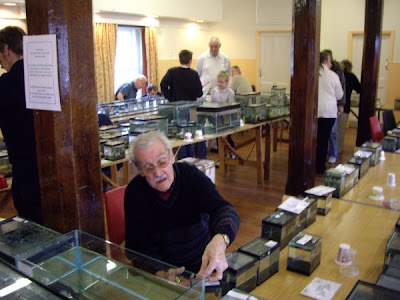 The CFZ Alliance is basically a coalition of many disparate organisations and people who are basically batting for the same side, and who have basically the same philosphy regarding the importance of Natural History, and the fascination of Cryptozoology. Today, for the first time, I am happy to introduce you to an old compadre of mine - David Marshall

On Sunday 26th April seasoned and novice Aquarists’ alike travelled from many corners of the U.K. in order to join the members of the Ryedale Aquarist Society for their annual aquarium fish Open Show, which was held at the Kirkbymoorside Memorial Hall.

This year the event was split into two sections.

The first of these was a full Open Show with 45 Classes covering the full range of tropical freshwater and coldwater fish. 20 families brought along a total of 180 fish, many of which were of an extremely high standard, and thes 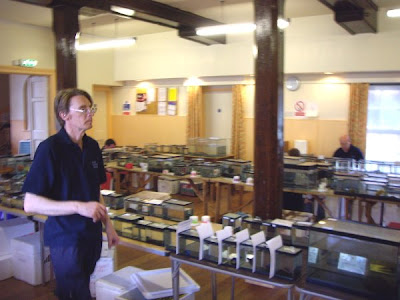 e were judged to Y.A.A.S. rules and standards.

The second section consisted of a Guppy only show that formed part of the British Livebearer Association Guppy Section Show League. A total of 40 fish were entered in the 3 Classes. BLA Judges judged to their own rules and standards.

The Ryedale members send their thanks to the small army of helpers from both the Y.A.A.S. and T.T.A.A.F.B.A.S. for their wonderful help, to all the exhibitors who brought along their best fish, to the people who brought their auction ‘lots’, aquatic industry and tourist attractions for their generous support, to all our friends who made the journey to be with us and interested visitors from the Ryedale area who came along to view the fish exhibits.

On Sunday 4th October the Society will return to the Kirkbymoorside Memorial Hall to host an Open mini-show and auction of aquatic items. Further details to follow.
Posted by Jon Downes at 3:28 PM