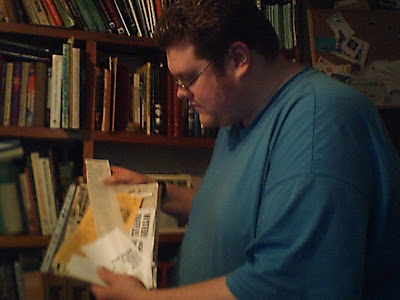 Oll has been a busy little beaver and the latest set of scanned news clippings and other stuff from the Archiving Project is ready for you to download HERE should you want to..

The CFZ Archives yeild up a mixed bag of odd folklore clippings mostly folklore reports from the Devonshire Association between 1892 and the early 1950s, but also another trenche of original press cuttings concerning the Cherry Brook Valley episode from the late 1970s when a number of dead ponies were found under peculiar circumstances...
Posted by Jon Downes at 6:09 PM