CRYPTOZOOLOGY NEWS: A whale of a tale 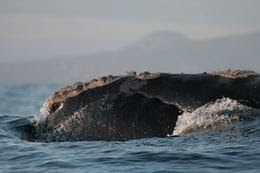 The North Atlantic Right Whale (Eubalaena glacialis) is one of the rarest animals in the oceans.

Called the right whale because it was the ‘right whale’ to hunt on account of its slow swimming speed and great size, commertial whalers reduced it almost to extinction.

The brilliant Wildlife Extra website reoprts that a right whale was seen 5 miles south of Faial Island in the Azores by biologists from Whale Watch Azores and the University of the Azores. This is the first record of a right whale in these waters since Jack The Ripper was in the news, back in 1888!

Lisa Steiner of Whale Watch Azores and Monica Silva from the University of the Azores
Watched the whale for more than an hour. It was identified as a right whale from photographs and the callouses on its tale flukes mean it was identifiable as the individual 3270 which was last seen in the Bay of Fundy on the US/Canadian border on the 24th September 2008.

A record of the 325 known right whales is kept by the New England Aquarium.

In related news, over forty North Atlantic right whales have been seen in the Gulf of Maine, leading right whale researchers at NOAA's Northeast Fisheries Science Center to believe they have identified a wintering ground and potentially a breeding ground for this endangered species.