FOXES SEEM TO BE GETTING BIGGER

We have been collecting stories of larger-than-average foxes in the UK for some years. This is not a new phenomenon; Theo Brown wrote about it in the Transactions of the Devonshire Association in the 1950s. This whopper which appeared in the pages of The Daily Mail this morning (it is presumably the fault of immigrants/benefit-claimants/"political correctness gone mad") is (or was, before some yokel killed it) almost five feet in length and weighed almost three stone.

Many thanks to Rebecca from the CFZ Australia team for posting this on the CFZ Big Cat Study Group Facebook page.

Can people who have seen/photographed/encountered extremely large foxes please get in touch. Email me on jon@eclipse.co.uk 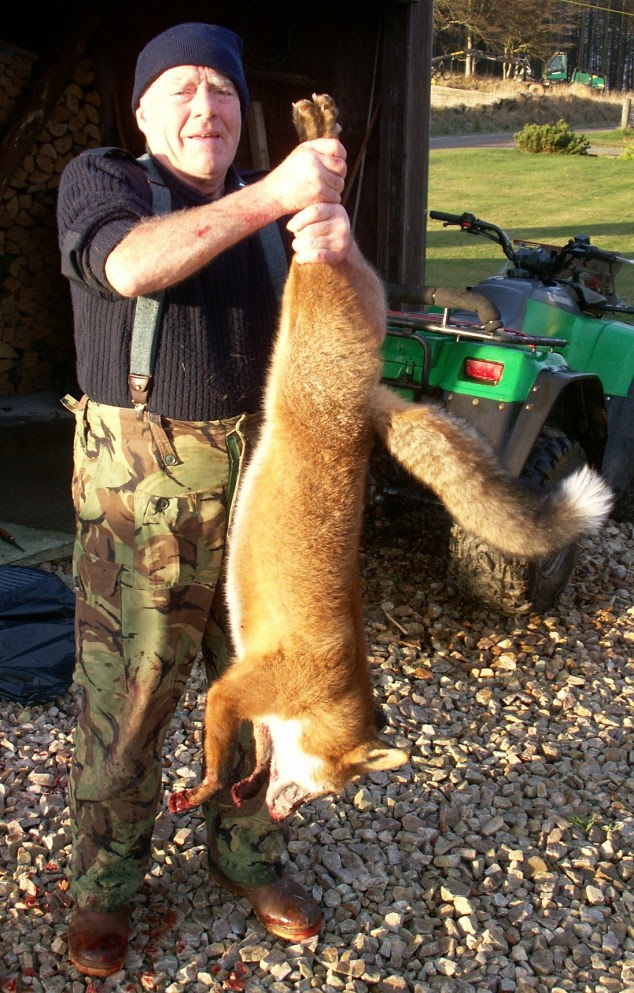