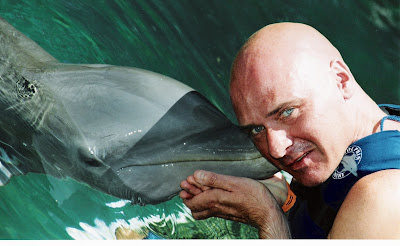 Yes, having investigated sightings of big cats, werewolves, Bigfoot-type beasts, over-sized snakes, wallabies, wild boar, and much more in the woods of the area, I know that the Cannock Chase is spooky!

But this time it's not me making the statement. Rather, the local press are highlighting the fact.

Just a few days ago, I was contacted by Annette Belcher, one of the writers at the Stafford Post newspaper, who asked for a comment or two from me about this latest development; and which, of course, I was pleased to provide.

Here's an extract from Annette's article, so you'll have a full understanding of what this new story is all about:

"It’s official - the Chase has been hailed one of the spookiest places in the country. The beauty spot, which stretches through Stafford, is renowned for its werewolf sightings, according to a latest paranormal study. It is all revealed in the work of paranormal researcher Lionel Fanthorpe, 74, from Cardiff. The study looks into paranormal events in the UK during the past 25 years. The study provides a breakdown of Britain’s spookiest places and focuses upon unexplained incidents reported to the police and leading paranormal organisations since the 1980s. There have been 21 reported cases of werewolf sightings, with the Cannock Chase werewolf being the most renowned."

And here's the link to the full article.

But, hang on, I haven't quite finished yet...

Over the last decade or so, intriguing reports have surfaced - from the many and varied little pools and ponds that can be found in, around, and on the outskirts of the Cannock Chase - of sightings of exotic fish, crocodilians and much more of a distinctly out-of-place, aquatic nature.

Without doubt, the most famous example of such activity occurred a number of years back at a small and semi-secluded body of water known as the Roman View Pond, which exists on the fringes of Cannock.

It was from there, in the hot summer of 2003, that hysterical rumours wildly spread around the town of Cannock to the effect that a giant, marauding crocodile was on the loose. Local police, representatives of the Royal Society for the Prevention of Cruelty to Animals (RSPCA), and the nation’s media all quickly descended upon the scene, as they valiantly and collectively sought to ascertain the truth about what, at a local level, fast (and inevitably!) became known to one and all as the 'Cannock Nessie.'

Of course, the facts were somewhat more sober and down to earth. As my good friends Jonathan Downes and Richard Freeman of the Centre for Fortean Zoology demonstrated to practically everyone’s satisfaction when they visited the area at the height of the sightings, the 'beast' was likely nothing stranger than a three-foot-long spectacled caiman – a crocodilian reptile found throughout much of Central and South America.

It was the conclusion of Jon and Richard that the unfortunate creature had probably been housed locally by an unknown exotic-pet-keeper, that is until it grew to a point where it became completely unmanageable, and was then unceremoniously dumped in the pool late one night and under the protective cover and camouflage of overwhelming darkness.

Almost certainly, Jon believed, the creature would not survive the harsh autumn and winter months that were destined to follow. And, sure enough, as the English weather changed for the worse, sightings of the mysterious beast came to an abrupt end.

Nevertheless, whenever I am back in the area I always stop off at the pool and cast a careful eye firmly in its dark direction just in case something monstrous and unholy decides to once again surface from the depths and put in a brief appearance.

Simple: there has been a new development of a very similar nature at yet another body of water in the area; a small, 3-metre-deep pool that is hidden in a corner of the Brickworks Nature Reserve at Wimblebury, which is only a stone's throw from the heart of the Cannock Chase.

As the Chase Post newspaper notes, up until recently '...the only things lurking in the murky waters were six bicycles, a shopping trolley and scaffolding poles.'

But all that recently changed as the Post also notes in a brand new story.

Cannock Chase Council officials, concerned about vegetation dying, have made a startling discovery, says the Post.

The Post explains that amongst the usual debris and rubbish, '...there were fish in the water, lots of fish - 20,000, to be precise. Even more baffling, there were not just native species: as well as roach and perch, ornamental varieties such as brown goldfish and koi carp were found.'

The Post expands further: "Ray Smythe, clerk at Heath Hayes and Wimblebury Parish Council, said: 'No one knows how on earth they got there. We can only think someone released them, but I’d be surprised if anyone knew the pool was there.'

"Members of Stoke-on-Trent Angling Society have been drafted in to net the mystery fish - and move them to nearby Milking Brook. A spokesman for the club confirmed the operation had been a success. He said: 'We estimated that around 20,000 fish were transferred to Milking Brook. This needed three journeys, which, in each case, involved three tanks full of fish. I can confirm very few fatalities occurred during the operation.'

There's little doubt - as Jon and Richard's fine detective work demonstrated a few years ago - that someone was even then releasing exotic creatures into the pools of the Cannock Chase. Whether or not this latest development is directly linked to the earlier activity or if it's an example of someone else adding to the ever-growing body of out-of-place animals that inhabit the Cannock Chase, is something that remains to be seen.

But this new story only reinforces what I said at the beginning of this blog-post: Cannock Chase is spooky! And long may it remain so!
Posted by Jon Downes at 8:26 AM