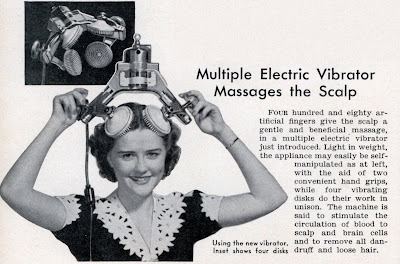 I am currently preparing a full-blown, unexpurgated dissertation describing the connective voids to be encountered between the intellect, literacy and cognative sentience of your average YouTube denizen. In deference to the writings of Charles Fort this essay may well be entitled LOL! or perhaps more insightfully If you give five hundred typewriters to five hundred YouTubers for five hundred years, one of them will eventually produce the works of Shakespeare. Hummmm...

But in the meantime, here's a typical YouTuber, receiving a much needed brain-massage.