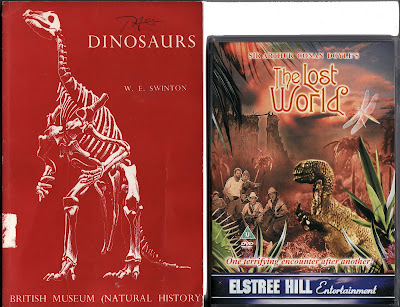 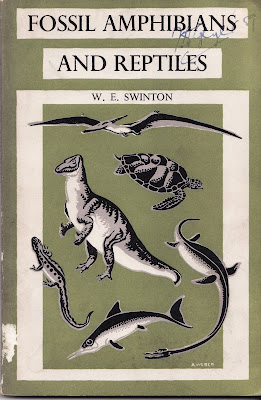 After an absence of several weeks during which my postbag consisted of bills, demands for money and various thinly veiled threats, it is nice to be able to return to our semi-regular look at the contents of the CFZ postbag with something nice. Dear Lindsay Selby has sent us some donations for the CFZ library: some classic Natural History Museum publications from around the time I was born and a DVD of the original version of The Lost World.

Thank you my dear - they are greatly appreciated.

The CFZ library will eventually be the biggest of its kind in the world, although it is presently mostly stored in watertight (or at least I sincerely hope they are watertight) plastic boxes behind the museum, in various places around my house here and in what used to be Richard's and my house in Exeter.

Hopefully they will all be together under the same roof at some point in the not too distant future....
Posted by Jon Downes at 11:16 AM