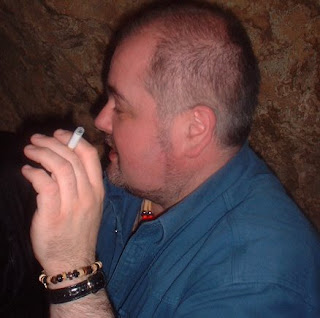 In March 1821 some workmen were digging away in a quarry at Cowpen High House, near Blyth, when they found something. Actually, they found two things, both of them pretty much the same. As they split a huge slab of stone asunder, lo and forsooth they espied two fishes.

Now I know what you're thinking; that they miracled ten loaves of bread and fed the multitude, but they didn't on account of the fish being fossilised. They were later described by a local historian as, "apparently, from their shape and dimensions (about 2½ feet in length) of the salmon tribe, though the scales were larger than belong to that type of fish. The impression of the scales was left on the stone in which they were found".

Mind you, not all strange animals found in our Geordie kingdom are dead. On October 12th of the same year a rare species of bird called a Great Northern Diver was seen preening itself near the quayside at Newcastle upon Tyne. Displaying the great conservationist tradition of his fellow Geordie countrymen, a local keelman took a shot at it. Whether he hit it or not we do not know, but it seemingly started to flap about like a mad thing under the Tyne Bridge.

Now it just so happened that there were some blokes on the bridge, and one of them looked down and said, "Here, is that a prime example of Gavia immer down there, of the family Gaviidae, flapping about in the water like a mad thing?"

"Because if it is I think we should catch it".

Now the Great Northern Diver is a sturdy bird, with a slightly larger-than-normal head and a somewhat intimidating-looking bill. Hence, capturing it for posterity – or, more likely, for the dinner table – was never going to be an easy task. Someone dropped a rope down with a noose on the end, but then got over-excited and dropped it. Another enterprising chap tried to throw a tarpaulin over it. The tarpaulin missed and sunk to the bottom of the river, just like a sinking tarpaulin, in fact.

For the rest of the day the locals went about trying to catch the Great Northern Diver, but their labours were in vain.

What was the Great Northern Diver doing at the quayside, when it would be another twenty-six years till the market opened? Seemingly there had been a ferocious storm raging for two days over the North Sea, and the smart money was on the idea that the creature had become somewhat disorientated and lost its bearings.

What happened to the bird is not recorded, but eventually the locals got bored and went home for tea. Seemingly, some bloke had been going around selling fossilised fish, which tasted just as good as anything else the missus had ever cooked. Maybe that's where the expression "rock salmon" comes from, who knows?

Now if these tales sound preposterous, let me assure the reader that they can all be found in The Historical Register of Remarkable Events, by John Sykes (T. Fordyce, 1886).
Mind you, even these pale in comparison to the next one I'm going to relate.

Not that long after the Great Northern Diver fiasco, a Captain Davidson was driving (Oh, all right then, sailing) his ship The Northumberland along the coast of Sierra Leone. T'was the year 1824, and the date was November 8th. One of the ship's crew was fishing on the bowsprit, and he happened to drop his knife into the water, not unlike the way the other bloke had dropped his rope off the bridge. Bugger, he thought.

Now later that day, the same chap caught a dolphin, which wasn't quite as sharp as his knife, but it was better than nowt. The captain later testified that he was there as the creature was cut open, upon which – another lo and forsooth – the very knife the sailor had dropped overboard earlier tumbled out upon the deck.

Anyway, that's it for now. Mrs H. has some salmon in the oven to be followed, I'm reliably informed, by a steaming hot bowl of Northern Diver Surprise….
Posted by Jon Downes at 10:57 AM

Regarding the Great Northern Diver, it is perhaps all to the good that nobody caught it for I reckon it is a fairly close cousin to the cormorant, for which a countryman's recipe does actually exist which makes plain its unpalatability. With thanks to whoever wrote it, here is the recipe:

Having shot your cormorant, hold it well away from you as you carry it home; these birds are exceedingly verminous and the lice are said to be not entirely host-specific. Hang up by the feet with a piece of wire, soak in petrol and set on fire. This treatment both removes most of the feathers and kills the lice.

When the smoke has cleared away, take the cormorant down and cut off the beak. Send this to the local Conservancy Board who, if you are in the right area, will give you 3/6d or sometimes 5/- for it. Bury the carcase, preferably in a light sandy soil, and leave it there for a fortnight. This is said to improve the flavour by removing, in part at least, the taste of rotting fish.

Dig up and skin and draw the bird. Place in a strong salt and water solution and soak for 48 hours. Remove, dry, stuff with whole, unpeeled onions: the onion skins are supposed to bleach the meat to a small extent, so that it is very dark brown instead of being entirely black.

Simmer gently in seawater, to which two tablespoons of chloride of lime have been added, for six hours. This has a further tenderising effect. Take out of the water and allow to dry, meanwhile mixing up a stiff paste of methylated spirit and curry powder. Spread this mixture liberally over the breast of the bird.

Finally roast in a very hot oven for three hours. The result is unbelievable. Throw it away. Not even a starving vulture would eat it.