This set of pictures has been doing the rounds lately. It is supposedly of a dead mermaid found somewhere in the neotropics, but - despite being considerably more convincing than either the "Water Blackfella" picture or the ridiculous Quatari `goblin` - I am sure that I do not need to point out that this is a fake.


However, I am getting quite interested in the aetiology of hoaxes. This one turned up twice in the same day in my e-mail inbox. Firstly on a crypto newsgroup, and secondly as an advert for a dating agency. You figure?


As I was posting them here, Emma was looking over my shoulder and said "Eeew its the nasty mermaid. That's just wrong" and shuddered. Apparently these pictures had been prominently displayed on one of the Mysterious Universe websites and had given her "the creeps".

But where did they come from? Whose logo is that in the bottom corner? When and why were they made? And why has it turned up now? I am intrigued. 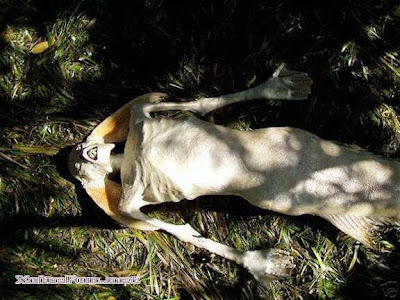 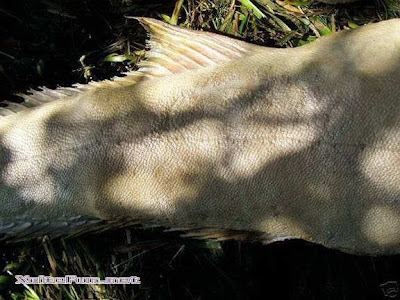 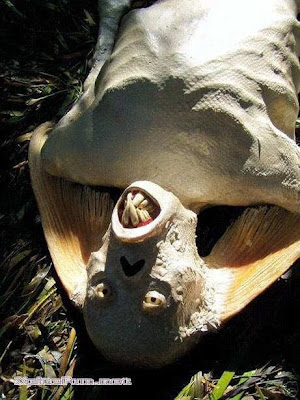 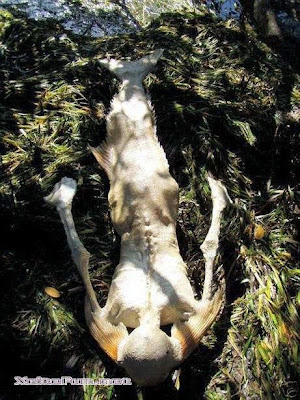 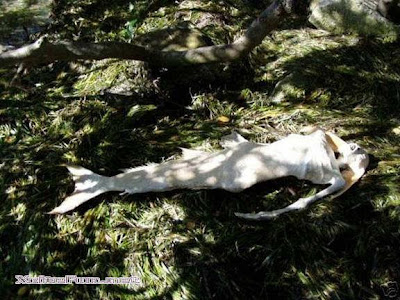 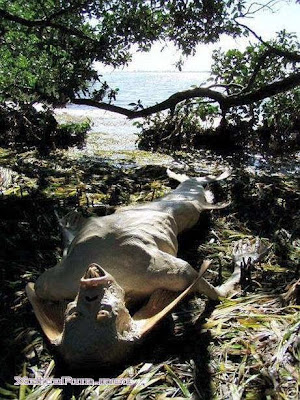 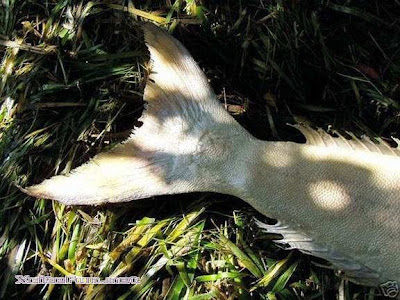 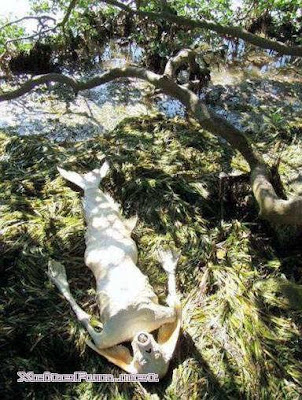 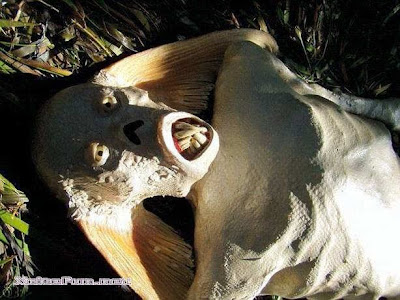 Jon,
this first picture has been around for quite some time as I have seen it quite often. The other pictures however do have me quite stumped as I have not seen him before. This one is a bit of a puzzle as if it is a taxidermy composite it is certainly extremely well done.
I believe the story behind this particular creature is that it was washed up after the Sumatra earthquake and tidal wave. At least that was the initial history.

We had a go-round about that one a while back: Vladimir (in Russia) said it was washed up in the USA and I assured him that the media in this country said no such a thing. I also noted several physical peculiarities about the taxidermist's patchup work such as the body axis of the tail part as turned at right angles to the body axis of the torso part, and the entire thing done all over in a white wash to match it up better. But I still do not know who was originally responsible for it. It is basically a larger version of the Feejee Mermaid.

This has been around a long time, the story I heard was that it washed up in Florida, it is a gaffe, a neat fake

I think it's by Juan Cabanos.