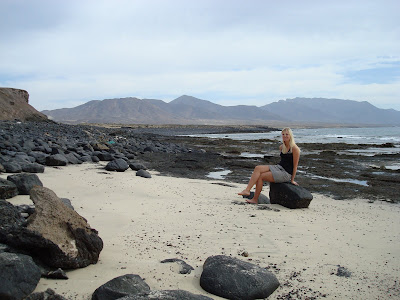 Christian Vincent Jung writes:
In the beginning of 2008 I was on the Island of Fuerteventura as a rep, and one day I and a co-worker went on a trip to the south of the island.
On one beach we found this weird looking cadaver of some animal, that we could not make out what was.
Since then, I have tried to figure it out, with no luck.
Maybe you can help me? 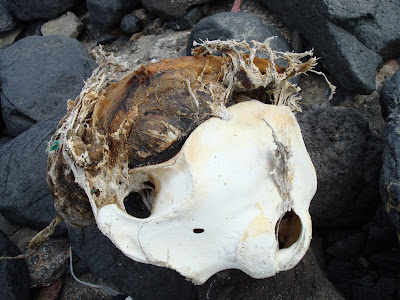 One picture with my co-worker is to show the surroundings, another is a map of the island indicating where we found the animal.

The last three pictures are of the animal.It was pretty big: The backside approx 2x2 times the size of a grown man's hand (Picture 060.jpg), and 6-8 hands long(Picture 059.jpeg).(Sorry for the weird measurements, but I hope it gives the general idea.)
I hope You can solve this little mystery for me :)
My considered opinion is that they are a small cetacean of some sort.
However, I would value a 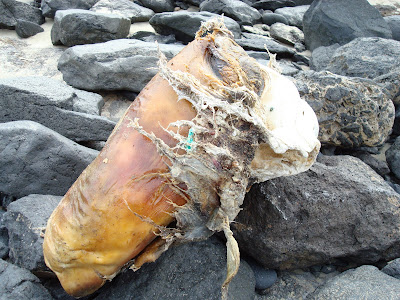 second opinion, and possibly a more detailed identification. The pictures are all credited to Christian by the way. 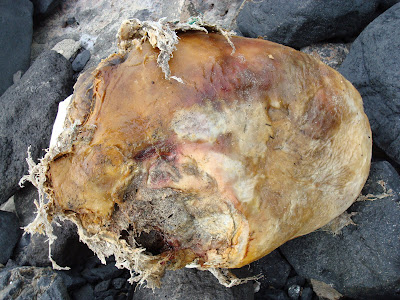 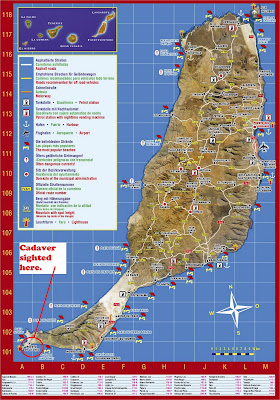 Personally with out doctor Darren looking at it I would say is some form of small pinniped.