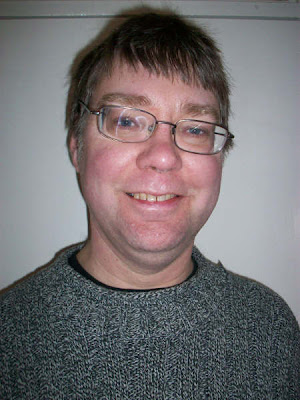 Richard Muirhead is an old friend of the CFZ. I have been friends with him for 40 years now, since we were kids together in Hong Kong. He is undoubtedly one of the two best researchers I have ever met; he and Nigel Wright both have what Charlie Fort would have no doubt called a wild talent; a talent for going into a library, unearthing a stack of old newspapers, and coming back with some hitherto overlooked gem of arcane knowledge. Twice a week he wanders into the Macclesfield Public Library and comes out with enough material for a blog post, but he is presently in Hungary doing important butterfly conservation work..

I guess my favourite mystery animal,( and I place that deliberately in the singular, as it may have been one of the last of its kind) is the Giant Flying Snake of Namibia, or south-east Namibia`s Keetmanshoop region of karst-like hillocks and caves, to be precise.

I first “discovered” mention of this cryptid in 1995 or 1996 in the basement of a second hand book shop in Charing Cross Road in London , where I picked up `These Wonders To Behold` Lawrence Green, (Howard Timmins, Cape Town, 1959) but it is mentioned in my essay on this cryptid in the 1996 CFZ Yearbook. I am pretty sure that,apart from Karl Shuker`s writings and cryptozoological encyclopaedia, the Namibian Flying Snake is only mentioned briefly in Searching for Hidden Animals, by Roy Mackal. (Cadogan Books, London, 1980) But note, this is only as far as I am aware.

The interesting thing about this Flying Snake is its resemblance to a dragon in several respects, e.g. its habitation, on hillocks, its ability to fly, or rather, glide, its tendency to leave a noxious odour or slime. It also seems to straddle the boundary between “paranormal” and “flesh and blood” entities, rather like Sasquatch turning up in unlikely places like the Bible-Belt in the U.S.A. where their behaviour is very un apelike, apparantly.

Other interesting features of the Namibian Flying Snake is the light on its head,which hovers above the ground, rather like a U.F.O. is said to hover above the ground with a light in the developed world. Finally, just what was Courtenay-Latimer's role in photographing the cryptids tracks after it attacked the young farmer`s son near Keetmanshoop in c.1942?

The living sbare-tooth tiger or tigre de montaigne and its more aquatic relatives is another favourite of mine. This is because I find it pretty amazing, a real prehistoric survivor if there ever was one. Unfortunately, as far as I know, there is very slender evidence for its existence, at least from Western sources. Who knows, perhaps in some dusty Chadian or French library, there are old newspaper cuttings. Or perhaps a genius with Google Earth will some day be able to track down its lair?

I first came across mention of the tigre de montaigne in Karl Shuker`s Mystery Cats of the World and was immediately hooked. Little is known about it, except its fierce roar and its banded red and white coat. Chad is a dangerous place,with warring factions and tension along the border with Sudan to the east. It is said to inhabit caves in the mountainous northern region along the border with Libya and near the central town of Mongo. I hope one day to look for it. Meanwhile those interested can check out my web sites.

The tatzelwurm is a somewhat sinister bipedal lizard or salamander like animal said to inhabit mountainous regions of Switzerland,Austria and southern Germany. No definite photograph of the pale cryptid exist, but interestingly, the testimony of Maurice Masse outside the Natural History Museum in Paris in 1934 as to the appearance of the tatzelwurm,(as reported by Roger Hutchings in Alpine Enigma, Animals & Men 2 pp 20-21) particularly that they only have forelegs, is born out by documents in French such as `Un Animal Inconnu Dans Les Alpes` by Willy Ley in La Nature, Paris, June 1st 1938 pp 366-367 and also in French `Le Tatzelwurm` by Georges Hardy in Tribune de Geneve November 28th 1969, `Portrait-Robot` by the same author February 6th 1970 and finally `Cherchez le Tatzelwurm! Also by G.Hardy March 13th 1970.

The second of these articles includes a drawing of a tatzelwurm which shows a tadpole like creature with beady eyes and only two forelegs! Unfortunately the quality of the drawings is too poor to reproduce here, but I will give a translation from the French of the part of the article which was headlined:`Schema le plus simplife de la forme de l`animal` or `The simplist plan of the outline of the animal`

An approximate form and colour of the body and the eyes, as I got to see them unexpectedly on the road, from the top of the village of Mordes, which goes to Forts de Dailly, to the right, an ancient walled fort, under the bushes. Not far from there are damp, humid caves and I think that the animal itself may have emerged from one of the caves (?), crossing the road, which was sunny this mid-September day, but cool, to go to the other side of the road, where, if I remember clearly, vegetable gardens and grass/lawns (were?) It was a beautiful day in Lavey-les-bains (hot) quite cool in Mordes alt.1,160m. The Tatzelwurm was on the road,dry but cool, three quarters across the road, on its walk, towards the orchard (?) Maybe he likes vegetables? As I told you during the interview I felt so disgusted by this beast that I did not stay in its neighbourhood. The colour was pinky white, like a foetues (i.e. a juvenile?- R.Muirhead`s note). Staring round protruding eyes surrounded by a pronounced black circle gave to the animal a provoking and threateningly ugly appearance.

The article gives two drawings of the Tatzelwurm, one pale and one dark. This article was translated from the French into English by Ronan Pellen in Cork in the mid 1990s, who insisted he was a Breton, not French.
Posted by Jon Downes at 6:33 PM