ANIMAL APOCALYPSE
JUST OVER SEVEN BILLION HUMANS ON PLANET GAIA
Over one billion diverse animals dead on one continent(Australia)
More than a disaster via fire-loss of habitat is catastrophic
Scorched Earth policies are a tool of modern warfare
Free Fire Zones creating collateral damage
Until 'The Fire Next Time"(James Baldwin) we need to change
our love of money to a love of the land itself(and water,air and even fire)
Robert Frost posited Fire and Ice as possible Fates.We have had an Ice Age.
Who needs to burn? -to learn what all animals know-
When you smell something burning-it is time to go.

An ‘Animal Apocalypse’
As huge fires continue to burn across Australia, 27 people have died as a result. The death toll for native animals: hundreds of millions to more than 1 billion, scientists estimate. The huge numbers illustrate that, while humans can adapt somewhat to intensifying fires — through better emergency planning, more fire crews and “home hardening” — delicate ecosystems are far more vulnerable. And the devastating effects on wildlife could be a preview of what California may experience in future fire seasons. 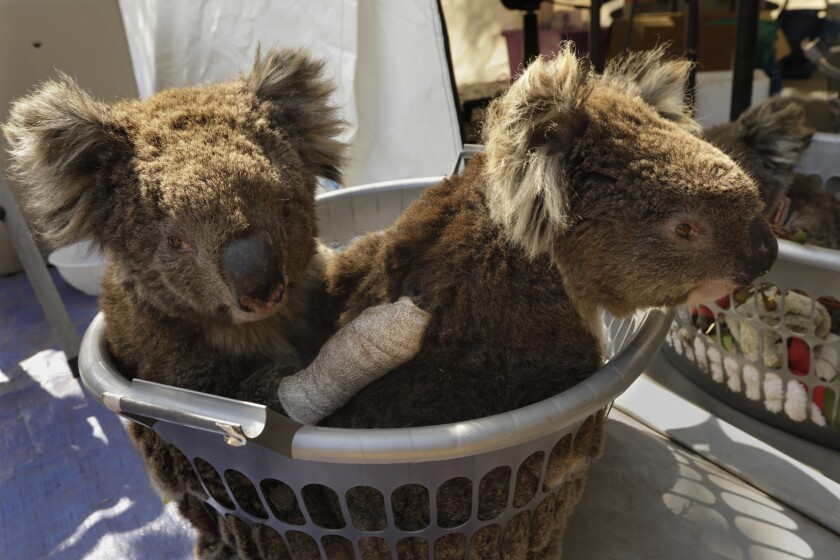