RICHARD FREEMAN: A taste of Clinkers 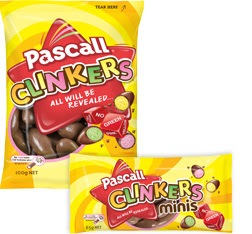 The other day I was wandering home from work and found myself hankering for the delicious taste of clinkers. I pondered that, due to me missing out on this year’s Tasmanian wolf expedition, it would be another year before I could dine on those delectable little brown pellets.

It should be noted here the clinkers are an Australian confectionary made by Cadbury. They consist of chocolate pellets covering a core of fruit flavoured honeycomb. I noted that in Australia there was a far, far greater choice of chocolates than in the UK. There were a number of exotic, fruit based chocolates. Over here if it’s not a Mars Bar it gets rejected.

Clinkers brought much hilarity to the English members of the last expedition. The Aussies had no idea what clinkers meant in the UK.