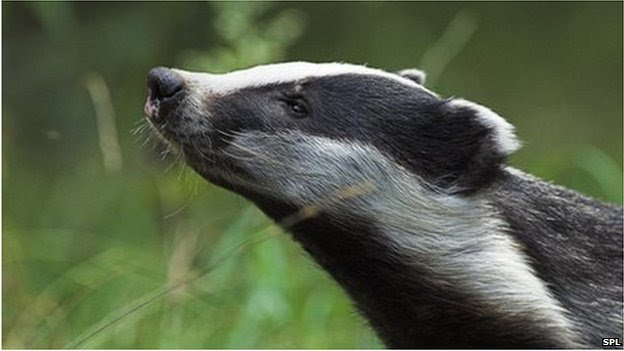 I rather suspect that this isn't going to work, because the cull isn't drastic enough. The problem here is a mismatch between what badger biology seems to say about how their population ought to behave, and how it is acting in Britain right now.

Badgers look like fairly typical mesopredators, but have a few peculiarities. They show delayed egg implantation, meaning they can mate at any time of year and still give birth in the early spring. They are also prolific burrow diggers, not a habit common to many predators but one that prey species do commonly exhibit.

When breeding, badgers in colonial environments seem to be extremely poor at it. Only about half of the cubs born ever get above ground; this suggests that colonial living is not common behaviour in badger evolutionary history. Very extensive scent-marking is also a good indicator that this is a mostly-solitary animal that encounters its fellows only rarely. This also strongly suggests that badgers are adapted to exploiting very patchy, widely-dispersed resources.

As a result of this, culling 70% of the population is not likely to make much of a dent in it. All it will do is boost the breeding success of the remaining animals, and get us back to square one inside a year. I am also of the opinion that TB is capable of producing endospores, hence even if you do eliminate every single badger, you also need to fill in the setts so isolate the spores.

No, what this needs is a more cunning approach. Instead of attempting to vaccinate animals against bovine TB (arguing against the DEFRA research which suggested the utter futility of this), a contraceptive vaccine ought to be deployed, to shut down the breeding of females whilst leaving them capable of defending territories and thus denying these areas to incomers.

Even better would be a concerted effort to develop oral contraceptive vaccines, both for badgers and for deer, rodents, foxes and the like. Like it or not, we have wildlife populations we need to control and doing so non-lethally is a much better and indeed safer method than simply shooting them.

More MASS MURDER being sponsored by our worthless Government at tax payers expense.
Instead of slaughtering innocent badgers, who are doing no harm, why can we not shoot our overpaid and useless MP's.