An instant (legal) fur hat! Endangered arctic fox ambushes tourist by jumping on her head and begging for treats at animal park

Not everyone gets away with wearing an arctic fox on their head.
But this woman in Norway had no choice - when the animal leaped up her back, crushed her hood over her eyes and used her head as a vantage point to look for treats.
The scene was captured by wildlife photographer Pål Jakobsen, who offered himself up as bait with two friends as they stepped into the lair of wild foxes and wolves in the world's northernmost animal park. 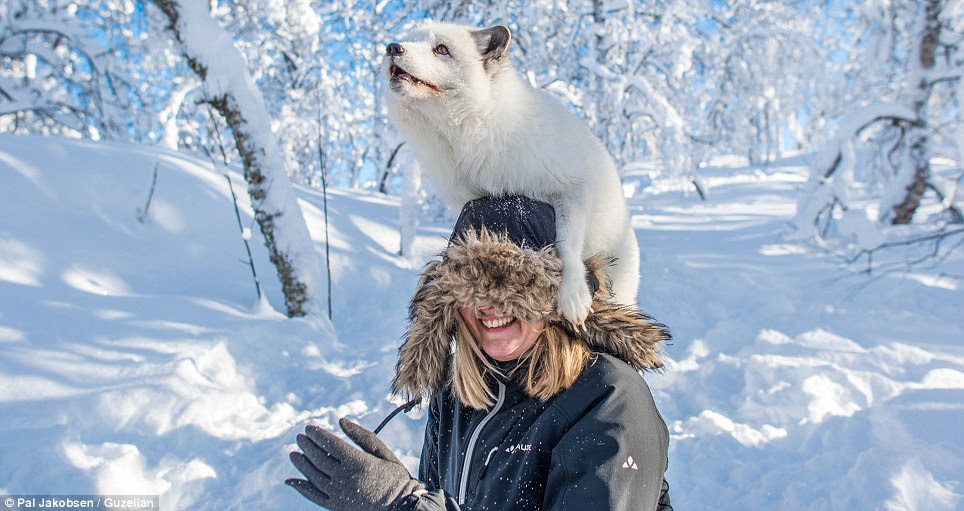 +9
What does the fox say? Photographer Pal Jakobsen captured the moment an arctic fox, critically endangered within Norway, jumped onto the head of his friend Lene