Paul Cropper sent me an interesting article from 1934 on the Loch Ness Monster as it was covered abroad. Paul himself is focused on more antipodean cryptids such as the Yowie, but he occasionally sends me anything he finds of Nessie interest. So, thanks again, Paul.
The article itself is from the Californian Fresno Bee publication of March 4th 1934 and is a syndicated article from London. 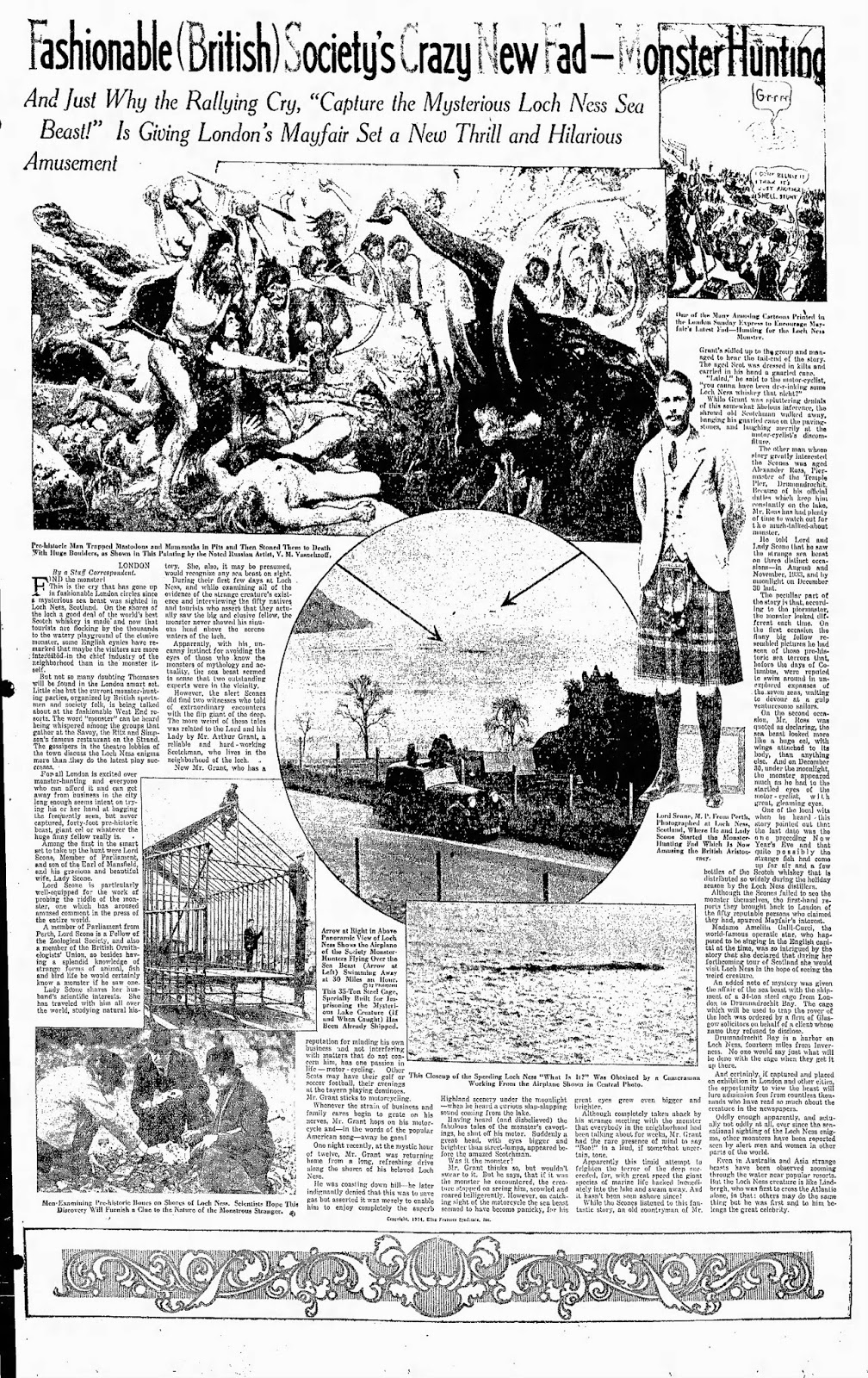 I am not sure if you can read the article (click to enlarge) but the gist of it concerns a monster hunt, the Arthur Grant land sighting and a few more sightings. The man in the kilt is Lord Scone, Member of Parliament and son of the Earl of Mansfield. Since we are told that the Loch Ness Monster was the talk of the Upper Classes and Lord Scone was a Fellow of the Royal Zoological Society, he was the perfect man to cover as he headed north to seek out the monster for himself.