CRYPTOLINK: Would you buy a used Sierra from this bloke? 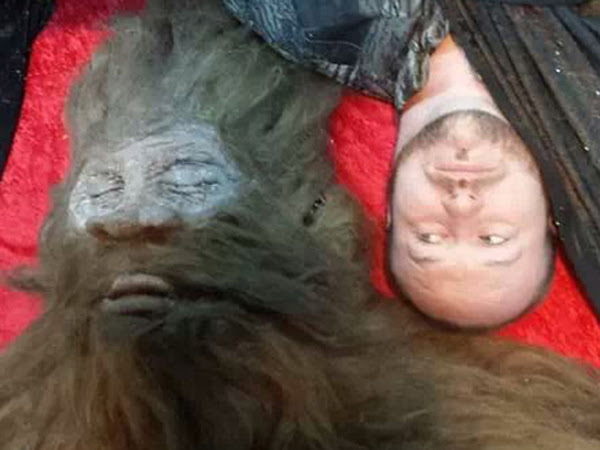 Was Bigfoot really gunned down in Texas?

“I shot and killed Bigfoot,” Sasquatch tracker Rick Dyer has been telling everyone all week, from Esquire to Trinidad and Tobago TV hosts to the fans of his official Facebook page.

He’s released several photos, and a YouTube video of folks reacting to a sneak peek. But he’s holding back on fuller disclosure, he says, until a Feb. 9 news conference presenting results of scientific studies by a Washington State university. Later: A national tour.

“I have the whole body. I have scientific evidence. I have DNA sequencing. ... I have everything you want,” he told “Wake Up!” an Australian TV show.