Once again I would like to stress that we are not responsible for the content of cryptolinks, which are merely links to outside articles that we think are interesting, usually posted up without any comment whatsoever from me. Unless 'Goodness Me' counts as a comment. 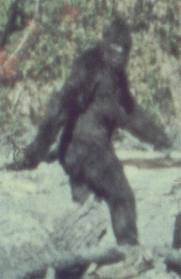 Ok folks...here we go again. Ed Smith and D.W.Lee of the Mid-America Bigfoot Research Center are claiming a Bigfoot has been captured:

AND NOW THIS HAPPENS:

'Daisy' The Bigfoot Has Been Released...
Ghost Theory (blog)
According to Tim Fasano, Daisy the Bigfoot has been released with all evidence and reports destroyed. That's right. He just got word from “Central Command headquarters” that they had to release the supposed Bigfoot they had captured because of the ...
See all stories on this topic »
Posted by Jon Downes at 11:45 AM