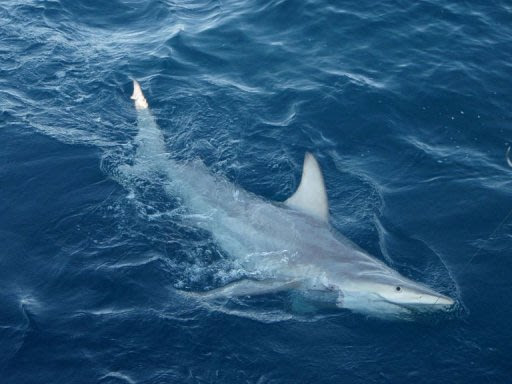 It's really an amazing find.

The introduction of common blacktip genes might "pollute" the Australian blacktip's gene pool, but that might not be the best way to think about it.

The discovery that modern humans mated with Neanderthals and Denisovans has led to a possibility that we might have inherited some beneficial traits from these species.

There is some evidence that some of our MHC (Major Histocompatibility Complex genes came from Neanderthals and Denisovans. MHC genes control our immune response. New MHC genes could mean that would would have become more resistant to disease, thereby allowing us to colonize Eurasia, Australia, and North America more effectively:

Although this study has been attackd, the possibility that some of our superiority as a species may have come through hybridization should lead us to question whether hybridization in wild species is always a bad thing.

Species that can hybridize sometimes do in the wild-- like wolves and coyotes and Canada lynx and bobcats. And these hybrids can be more fit.

Of course, it doesn't always work this way. You can get hybrids that do have health and fertility issues-- not always the result of Haldane's rule. Campbell's and winter white dwarf hamster often are bred together in captivity, and real health problems do result.

But one should not assume gloom and doom when a hybrid pops up.

In this case, the Australian blacktip might be able to colonize other parts of Australia besides the northern regions.