So it's that time of the year again; the time that the media, prompted possibly by those jolly nice people at the Loch Ness Monster Fan Club remind all and sundry
that there is a prize on offer for the person or persons who made the best 'Nessie' sighting of the year.

There were, apparently, three sightings last year, and two of them were photographed. According to Fox News (and as someone who hardly ever watches television any more, I don't understand nuances of the 'Fox News Jokes' that circulate the web on a regular basis) the contenders for the prize are as follows:

1. While on vacation in May, William and Joan Jobes saw what appeared to be a head peaking above the water 200 to 300 yards off shore in Fort Augustus, Inverness-shire.
2. In June, Jan and Simon Hargreaves caught a glimpse of Nessie in the Loch near the village of Foyers, but didn't manage to get the monster on film.
3. Then in September, fish farm worker Jon Rowe snapped an idyllic photo of a large, dark shape and two humps in the water beneath the arch of a rainbow.

All very well and good, but the pictures themselves are hardly conclusive: 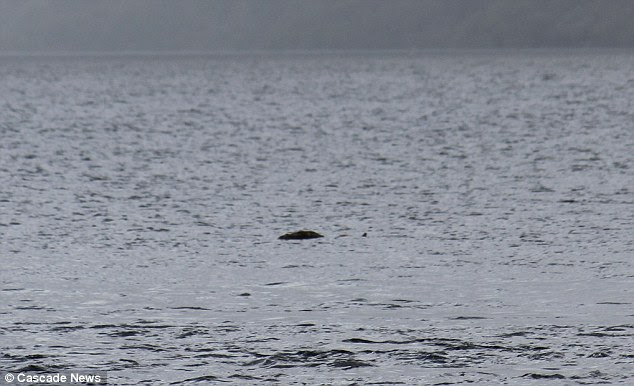 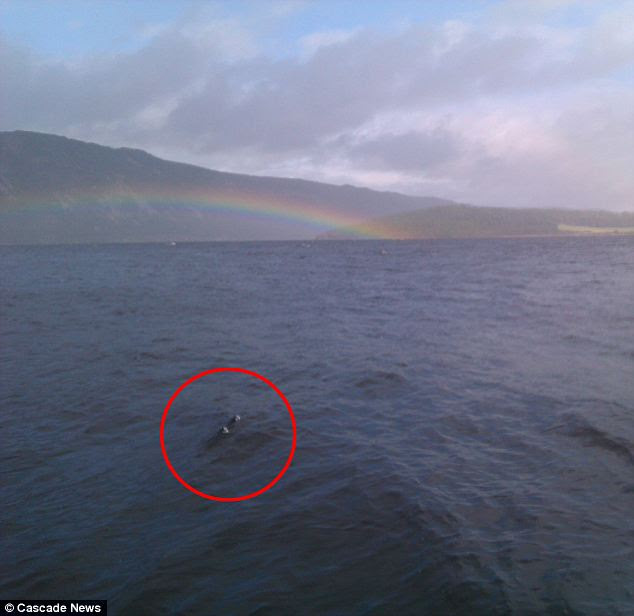 At least both pictures appear to show something. Many pictures from Loch Ness show nothing more than peculiar waves (this picture below was taken by yours truly in December 2005, when Richard and I visited the Loch to make a particularly futile slice of Mickey Mouse television). 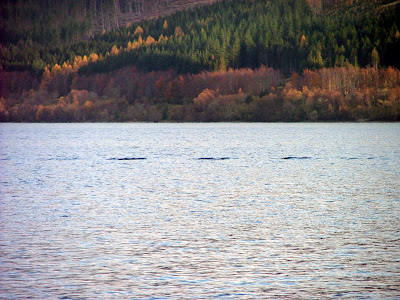 I have no idea what either of them show, but I have my doubts that either are of a bona fide unknown species of animal. I would, however, love to be proved wrong.

Whilst on the subject of Loch Ness check this out:

A blog post by Tim Wall on Discovery News, claims that: "Just as the bubble in a carpenter's level moves back and forth depending on the surface it rests upon, Scotland's Loch Ness tilts back and forth according to the movement of the ground beneath it caused by the tides on the nearby North Sea. The motion is so subtle GPS couldn't even track it."

What impact this peculiar geophysical enigma has on the cryptozoological life of the Great Glen, I don't know, but it is interesting nonetheless.
Posted by Jon Downes at 6:55 PM

Coo, am I allowed to send them my famous fake Nessie photo? If so, would you also allow me to link in Dr Naish's most excellent talk on why Nessie simply cannot be a plesiosaur for a giggle too?

Admittedly this is just going to be an exercise in "Have these people heard of Google Image Search" or Google Goggles, but it ought to be worth a laugh nonetheless. Note to self: fiddle the image tags on the "original" photo.