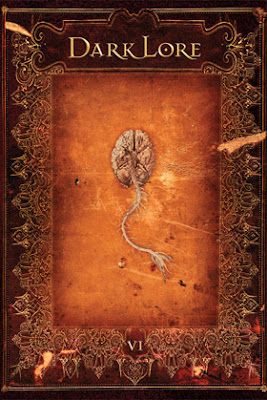 NEIL ARNOLD WRITES: For those of you interested in strange tales of UFOs, monsters, and other weird esoteric phenomena may I draw your attention to the release of 'Darklore' volume 6, edited by Greg Taylor. Over the years Greg has done a fantastic job of compiling extraordinary articles into book form.

Since its inception Greg has featured the work of people such as Nick Redfern, Nigel Watson, Jon Downes, Richard Freeman and Regan Lee. I've been fortunate enough to contribute articles to several volumes including the new tome. My entry, 'There's Something Strange In The Sewers' looks at bizarre, and mostly obscure stories concerning strange phenomena associated with sewer systems, drainage pipes etc. The article mainly looks at weird and wonderful animals found in such subterranean networks, covering reports of alligators, snakes, giant rats and even a lion and a cow!! You couldn't make it up!

Sewers have also harboured monster legends too, whether it's been the discovery of prehistoric remains in storm drains or reports of Bigfoot and other unexplainable monstrosities crawling through the dank tunnels. Ghost stories and a few urban legends also get a mention.

Elsewhere in the book Nigel Watson looks at a strange tale of alien contact, Cat Vincent looks into the sinister legend of the Slenderman, and Jack Hunter explores the darker side of anthropology.

'Darklore 6' is available from Amazon
Posted by Jon Downes at 5:43 PM